Located near Richmond, Virginia (US) – The Tredegar Iron Foundry (also called Works), was the primary supplier of War material (Cannon. Rifles etc) – to The Confederate States of America – during The Civil War of 1861-1865. It's location (centralized in comparison to other larger Cities in 1860s Virginia), was one of the reasons The City of Richmond was chosen as Capital of The Confederacy. Founded in 1836 as a private concern to supply smelted iron to The US Government and private building programs (rail, shipping and general construction), several Southern Railroad Companies grew from The Works. Before The War, The Works were a prime supplier to The US Navy, with many famous Iron braced Frigates having their ''skeletons'' manufactured at The Factory and shipped to either Norfolk or Philadelphia.

With the start of The Civil War, the need for ''home produced'' Ordnance for the newly formed Southern Army was critical. The Union Blockade (deployed very early in The Conflict), was almost immediately effective. Relying on Foreign imports would slow and end quickly. As such, The Tredegar Works produced between 1861 and 1864, close to 1 Million pieces of Ordnance.

A large scale Employer, The Works also used Slave Labor as a means of freeing up badly needed Southern Men for it's Armies. Much of this replacement occurred between 1863 and 1864. The importance of The Works, seen by The Federal Army was critical as well. It became as such, a prime target for destruction. Many attempts to attack The Works (via Raids and overall nearby battles) – failed. It was not until General Grant's overall Virginia Campaign (which was the death knell of The Capital of Richmond), that The Tredegar Works were captured and torched.

A secured overseas loan of 1 Million USD in 1865 – after The War, would find The Works rebuilt. Seen as critical to the rebuilding of The South, The Works would employ over 1,200 Men by 1873. They again went back to the manufacturing of Railroad tracks and Engines. The Works would continue as a Military supplier to The US Government during World Wars I and II. In 1957, The Tredegar Works were sold and they ceased operations as an Iron components manufacturer. Much of The Works were restored (buildings) from the 1870s (with several surviving walls and foundations from The 1860s Conflict). The Site is a National Historic Monument. 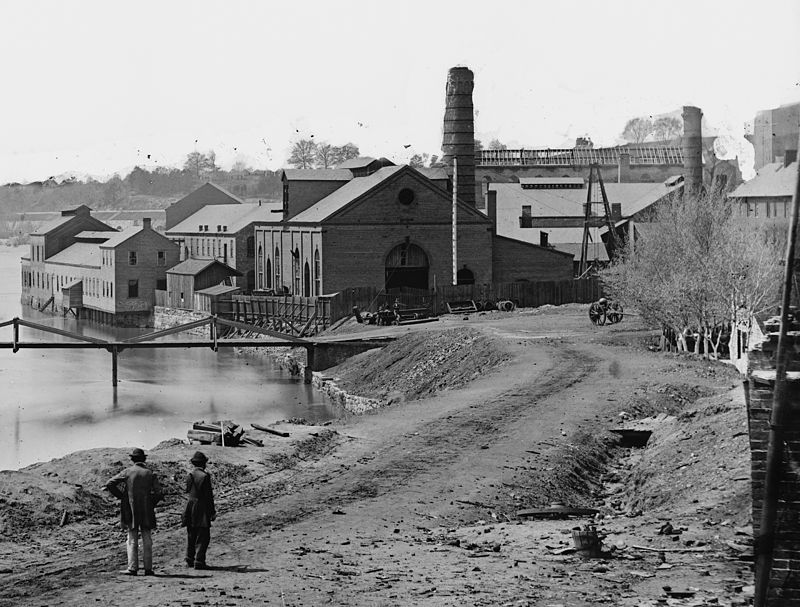