Developed in the 12th Century, Tithe Barns were specially designed Farming structures built to house required “donations” to The Church. Although built by local populace, they were the property of The Church. As such, they were not guarded (else eternal damnation for stealing was the supreme punishment for stealing any stored goods). Also known as “Granges” (derived from The Roman “Granary”), a percentage (one tenth) of all Crops were destined for Church use. Originally, these products were used by Mendicant (or Begging Orders) as food. Any excess was sold for other Church or Order needs. Tithe Barns were common fixtures in both Germany and France (and not as common in England). They would continue as late as the 14th Century as “guarded” Storehouses for Churches. Later, such surviving structures were used to store property for use by The Poor. 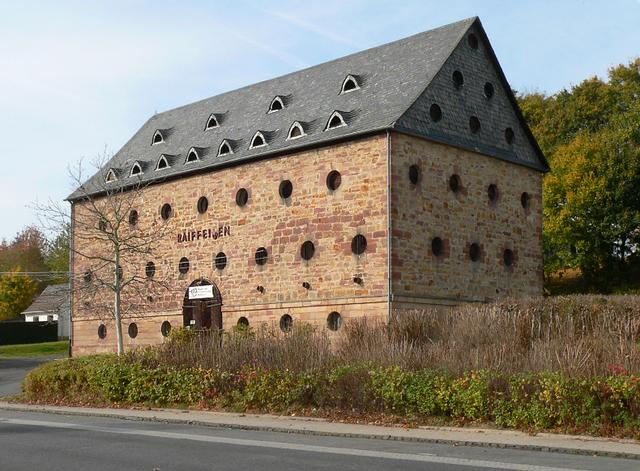