While the famed Ironclads of both American Civil War Navies are well known to Historians, a smaller and less known Warship plied the rivers and estuaries of America during that Conflict. These Vessels were known as ''Tinclads''. While the name sounds like a ''Toy Ship'' a child might play with, Tinclads were almost as deadly under the right circumstances. As their named implies, Tinclads were – like their iron plated cousins, floating gun platforms. But rather that the heavy iron plates (or feet of heavy timbers, as with The Timberclads), they were lightly armored of steel or very thin iron (½ to 3/4-inch, hence their nickname of ''Tin''). These were shallow draught Vessels which saw much action on The Mississippi River. Often, these were previously constructed ships such as Paddle Wheeled Steamers, Barges or small cargo ships. Stripped of all ''essential'' superstructures, small bore cannon were often mounted on their Main Decks. As man as (6) Cannon could be placed (3 per side). The Tinclads were used as fast Raiders or as light ground support for Infantry (fighting on the shore). The could most often get very close to a river bank without fear of becoming fouled or running ''a ground''.

Both the Union and Confederate Navies pressed Tinclads into service during The War. In addition to their use as a floating gun platform, some Tinclads were used as Troop transports (capable of moving up to 200 Men). Most Tinclads did not exceed 2-tons displaced, and ranged around 150 to 175-feet in length. Their Beams (Height) varied. Most used steam as their propulsion (having lost their Masts and Sail packages). Tinclads avoided direct combat with those few specially modified Ironclads that they might encounter. One well placed shot would easily sink a Tinclad. The same was said for allowing to come to close to heavily fortified Ports or Cities (such as Vicksburg). 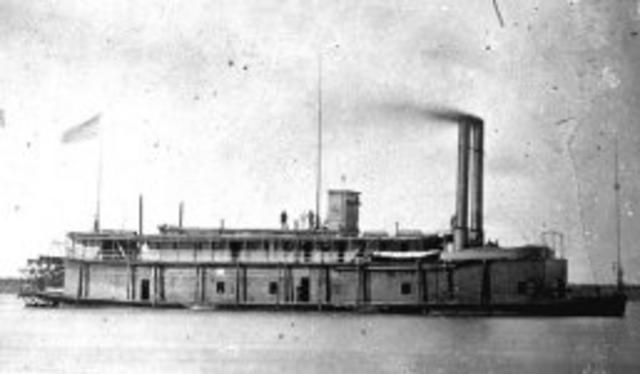