Born in 1751 near The Pennsylvania and New Jersey Border, little is known of Colonial American Timothy Murphy's life. It goes without saying that Murphy was a ''Frontiersman'' and as such became quite adept in the use of The Musket. So much so, that He would become one of The Continental Armies best Snipers during The Revolutionary War against England (1776-1783).

Joining a Militia in 1775, His skills would become well known by the start of The War, A Member of The 12th Pennsylvania Infantry, Murphy would fight at Princeton and Trenton with Washington's Army. He then came to be associated with famed Morgan Rifle Company. In this deployment Murphy's legend became History.

At Saratoga (1777), Murphy shot and killed at 300-yards (with a standard .70 Caliber Musket) two British Generals on Burgoyne's Staff. He also is credited with killing several Aides. Credited with being one of the best Shots of The War, afterwards, He retired to a quiet life near New York (married and Father to 4 Sons). A ''War Hero'', Murphy died in 1818. Hs grave is marked by a large Monument to His Service and ''abilities''. 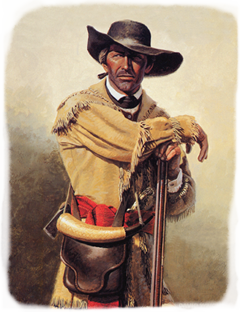