Perhaps a ''Hero Figure” to Mexican-Americans living in California in the 1850s, or more appropriately a ''Blood Thirty Outlaw'' to early California Law Enforcement – Tiburico Vasquez was at on time, one of the most sought after Outlaws in California History. Born in 1835 Vasquez reputedly descended from a Noble Family (one of the first to help colonize Mexican California in 1776). Just where he went ''wrong'' (and why) is a matter of debate. In later life, Vasquez blamed his blood thirty nature of robbery and murder as “justice” upon “White Californians'' or non-Mexicans. Many tell that he was treated with disdain in his early years for being a ''Mexican''.

In his early 20s, Vasquez met up with the notorious Outlaw Anastacio Garcia. In 1854, Vasquez was present when Garcia murdered a Monterey Police Constable and as such, equally blamed. Despite his denials of only ''witnessing the crime”, Vasquez started his reign of terror by failing to appear in Court to testify to the matter either way. He became a renowned horse thief until his capture in 1856. Sent to Prison (San Quentin) for 5 years, Vasquez was responsible for a series of no less than 5 attempted Prison breaks. In all 20 convicts died in the attempt. The acts made Vasquez a 'hero'' to many Mexicans (both criminal and otherwise).

Released after his 5-year stint, Vasquez quickly went back to crime as a way of life. The 1860s found him committing stage robberies and cattle theft (rustling). Creating The Vasquez Gang, they orchestrated a Store Robbery of $2,200 USD and the murder of three innocent bystanders. The Governor of The State of California placed a suitable Bounty of $5000 USD on his ''head'' – dead with $2,000 USD if he was brought in alive (the obvious incentive was dead, of course).

Hiding out with Family in Northern California, Vasquez eventually returned to robbery. Fresno County, California suffered up to $8,000 USD in Store and Mercantile robberies attributed to Vasquez. His intimate knowledge of the many mountains and hard to reach locations in The Simi Valley and beyond, made him almost uncatchable.

In 1874, Vasquez was ''hiding in plain sight'' in present date West Hollywood (then a dusty patch of arid desert land). Betrayed, he was arrested in a short ''gun battle'' with local the local Sheriff and his Posse. He was transported to San Francisco to stand trial. By now, his Bounty was a heft $15,000 USD.

At his trial, Vasquez (who represented himself), stated he had not actually killed anyone, blaming the members of his Gang (some of which were already in custody). The Court did not believe him, naturally. Now, something of a ''ladies man'', Vasquez attracted hundred of female admirers to his Cell (all to obtain a photograph). He sold these and reputedly gave the proceeds to his family.

He was convicted of a lengthy list of crimes and judge to be hung. Vasquez sought clemency from The State Governor, citing that he was really addressing ''wrongs'' done to his fellow Mexican-Californios. The Governor refused and Vasquez was eventually hung in March of 1875 at 39 years old.

In a strange side note, one of his many hideouts – one in Simi Valley, California is called The ''Vasquez Rocks''. The massive granite and sandstone outcropping have been used in hundreds of Hollywood Films and Television Shows. It is also a popular camping site and visited often by Tourists. Many have no idea of the significance of the one time hideout once frequented by Vasquez. 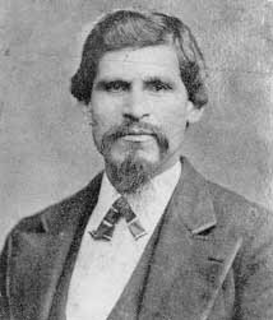 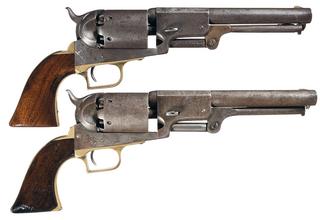