The Thyreophoroi were a 1st thru 3rd Centuries BC Greek Military Formation. They would be comparable to Skirmishers and ''Melee'' Forces. Moderately well trained, their primary goal was to ''fill gaps'' created by combat casualties with a Phalanx. They traditionally carried Sword and specialized Shield called a ''Thyreos''. These were large oval Shields which featured a reinforced Boss and Strip of hardened Copper. In their deployment, The Thyreophoroi used a tactic which was similar to the later Roman ''Shield Wall'', when needed (hence the large size of their Shields). Other than their Helmets (which were based on Macedonian Versions), they wore no Armor. 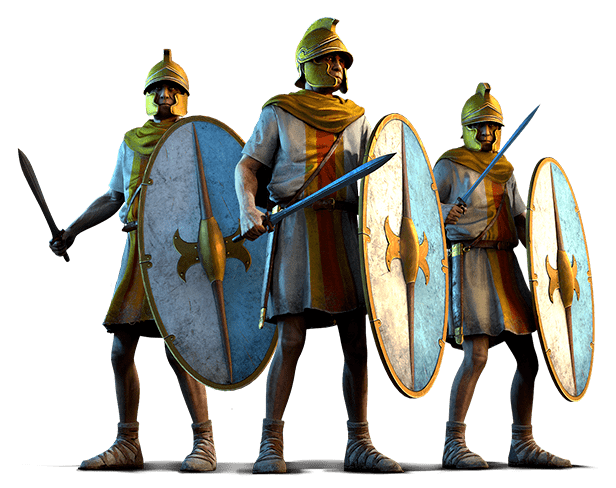