Born in the mid-16th Century (exact year unknown), Howard was active in The Indian Ocean and The Red Sea. His Flagship The “Prosperous” (a 36 gun Frigate), were well known in the region. He also recruited several other ships in his Fleet (to include a 24-gun Sloop). Having served as a Quartermaster, Howard had extensive sea service and experience. Howard also operated off of The North American Coast around 1698 (before heading over to the “warmer climes” of The Indian Ocean). Howard “retired” briefly on the Isle of Mauritius, leaving after several years to start raiding wealthy Indian shipping and commerce. With one haul, Howard and his crews made around $225,000 (USD). Howard also added the ship “Dauntless” to his list of growing Pirate vessels. He retired a second and final time with his share of the $225,000 and settled on the Indian Town of Rajapura (even marrying a local woman). Her relatives murdered him for “treating her ill”. His final resting place is unknown. 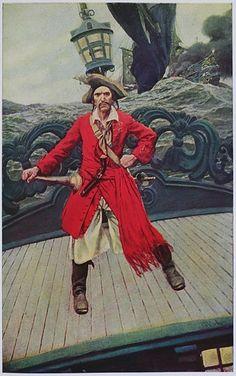