The English political uprising known as ''Wyatt's Rebellion'' occurred in the year 1554. Named for principle Rebellion Leader Sir Thomas Wyatt, the incident was in response to the very real possibility of England's Queen Mary I marrying Spain's King Philip II. As Philip was ''Catholic'', (as was Mary) – English Protestants (the predominate Religion), felt that Catholicism would be re-established within The Country. Despite political moves within The Government Aristocracy to find a ''suitable'' Protestant ''Mate'' for Queen Mary, the situation became untenable. This led Wyatt and (3) supporting English Nobles (each of immense power and authority) – to stage a ''Coup''. The ultimate goal was to depose Mary I and replace Her with her Protestant ''Cousin'', Princess Elizabeth.

With nearly 4,000 armed Supporters, Wyatt and his makeshift ''Army'' prepared to march on The City of London. Unopposed by any form of organized Royal Military Force, Wyatt's Army was stopped on the outskirts of The City of Ludlow by that City's inhabitants. With little casualties, the bulk of His Army broke up. Wyatt and 100 of his Supporters were imprisoned, tried and executed for Treason in April of 1554. It was hoped by Queen Mary's Advisors to illicit a confession from Wyatt to implicate Princess Elizabeth in The Plot (Mary extremely distrusted her to a point of obsession). Tortured, Wyatt gave no information (one way or the other).

The Rebellion did succeed in an indirect way. Mary I died of illness (influenza at age 42) – without an Heir. As such, Princess Elizabeth would still ascend to The Throne as Queen Elizabeth I in 1558. as such, Catholicism did not make a ''rebirth'' in England in the 16th Century. 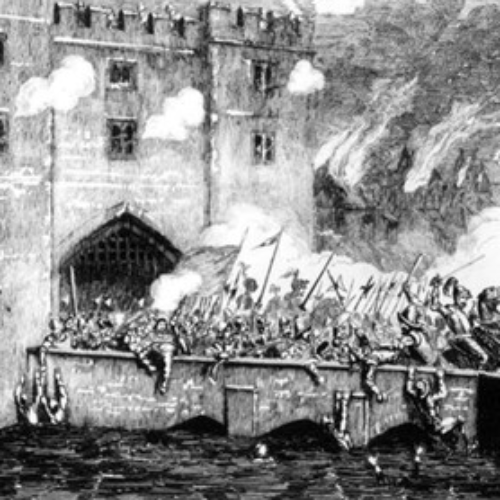