A 14th Century Italian Military Unit known also as The “Company of Adventure” and ''Great Company of Germans and English'', it was a Mercenary (or Hired Soldier) Unit which would become under command of famed English Mercenary Leader John Harkwood. Although raised in Italy, it was comprised of German, English, Swiss, French and other Nationalities). The Company wore White uniforms and as such became known as The ''White Company”. At their height of recruitment , The White Company fielded nearly 6,000 Men at Arms – of Infantry and Cavalry. The Company was equipped with the best of Armor and Weapons. A common tactic used by The White Company was that it did not rely on mounted Troops exclusively. Often, mounted Troops were used as Heavy Infantry and almost always supported by Archers. As Mercenaries, they fought for the highest bidder. The White Company was one the more effective and well known of such Units. By 1375, The White Unit disbanded – with many of it's members setting out for their own ventures or having been killed through Italy and Europe. 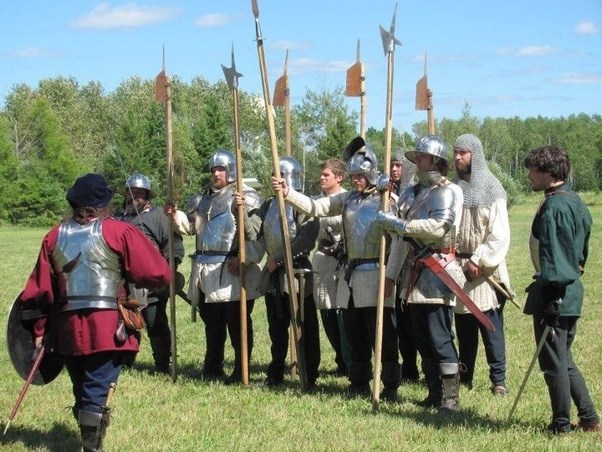