With little historical information available, the 13th Century Organization known as The White Brotherhood, was formed as a means of ''enforcing'' Christian dogma against The Albigensian Hersey rampant in Medieval France. They have been described as both a Military Lay Order of Civilian Militia (Crusaders) and a form of Irregular Militia. Supported by Count Raymond IV, The Brotherhood was so called for their wearing of large White Crosses around their necks. They were not only anti-Albigensian, but against The Cathars and Jews (both of whom had set up enclaves within France). They were responsible for several bloody massacres and purges.

Another Order, known as The Black Brotherhood was established to fight them (noted for their Black Crosses). The two ''Orders'' often fought in the streets of Toulouse, France. While The ''Blacks'' did not actively participate in The Crusades, The ''Whites'' did (with a Militia of 500 Men). After The Albigensian Crusades, both Orders disappeared. 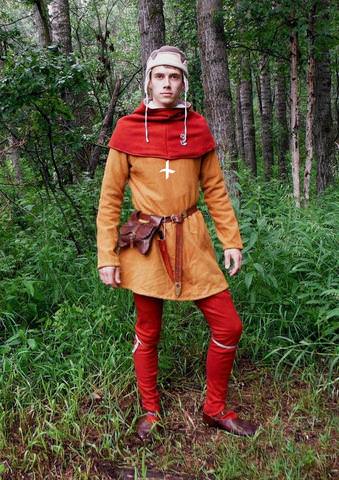