A common issue brought about by the term “Weather Gage” is the proper spelling. In Military Naval terms, “Gage” was thought to have evolved from the word “Engage”. Often, it is spelled (incorrectly) as “Gauge”. In this nautical term, a “Weather Gauge” are a series of instruments used to measure weather at Sea. In terms of Naval Warfare, The “Weather Gage” derived from The Age of Sail (1571-1862). The Era was characterized by the dominance of canvas sails used for basic propulsion at Sea. With the advent of The Age of Steam (after 1862), the need for a combat induced “Weather Gage” ended.

By definition, when two Fighting Ships (or Fleets) encountered each other at Sea, it was considered most advantageous for one side to have full effect of The Wind in their sails. This gave them the advantage of maneuver. In addition, with The Wind to “their backs”, it increased a Ships’ ability to engage their Cannon much more effectively. Firing “into The Wind” would slow the velocity of a Shell. By attempting to out sail and reposition a Fighting Ship or Fleet in such a way – a Ship was seen as having “The Weather Gage” in combat. This increased ones’ chances at victory more than 50%. In addition, any Land mass (which generated tidal effects) was also seen as highly desirable in combat. Although no longer a factor in Naval Combat, The “Weather Gage” is still practiced in the sport of Yacht Racing, using a similar formula for racing another Vessel. 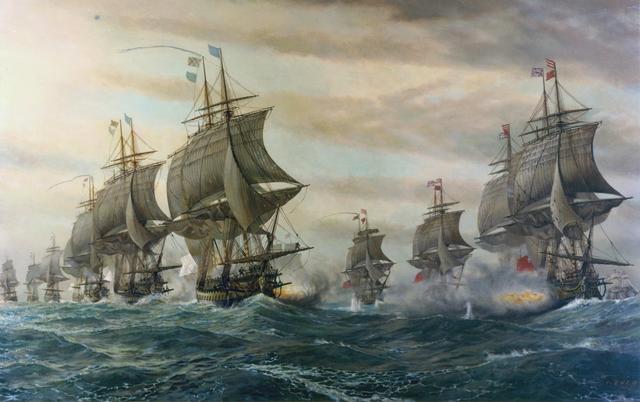