The ''Virginia Company'' was a name given to several (combined) ventures at colonization of The New World (North America), under the reign of England's King James I in 1606. The establishment of expeditions for the colonization were tasked to several Agencies or Companies. These where The Virginia (named after Queen Elizabeth I, aka The ''Virgin Queen'') and Plymouth Companies (named for the English Port Town where it was established). No official name was really given to either expedition until 1624. In 1607 however, The Virginia Companies established their colony in what was known as The Colony of Virginia, with The Plymouth Company rooting in what would eventually become New England.

''Regular'' supply shipping was to be established while the Colonies began to slowly establish themselves. They both learned harsh lessons about The New World. What may have been seen as accepted agricultural methods in Europe, did not necessarily ''work'' in either Colonies. Harsh winters and sweltering summers, coupled with the constant threat of Native American Tribal attacks – made life in both Colonies – at times ''Hell''. Only the bravest (or foolhardy) volunteered for a chance to establish a ''new life'' and the possible ''fortunes'' that that would bring.

England and Spain were at constant (declared and undeclared) War with one another. Spain had a sizable ''footprint'' of Her own in Colonial America (mostly in The Southern regions). As such, many supply ships were attacked and never made it to the Colonies. This – married with the very ''small window'' afforded by ''fair weather and Seas'' thru The Atlantic Ocean (seasonal), made reliable supply difficult. Many died within the early colonies. In fact, The Plymouth venture failed in 1618. Another would be formed in 1620 with the end result being the successful ''Plymouth Charter'' established by the colonists of The Ship ''Mayflower''. And while Virginia often suffered (at times almost being completely wiped out by famine and disease), it's colony known as ''Jamestown'' (after The King), would last until dissolved in 1622. But other establishments quickly followed and would help create a viable Colony of (and later State of) Virginia. 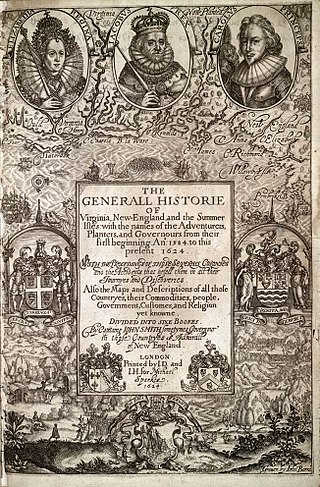