Built in 1518 and launched in 1519, The “Victoria” was a Spanish Carrack-type ship. Possibly displacing some 85 tons, “Victoria” was 70 feet long. Wind powered and crewed with 55 men, she served as Explorer Ferdinand Magellan's ship he used to circumnavigate The World. Originally part of a Fleet of 5 additional ships, “Victoria” was the only one to complete her mission. It is speculated that “Victoria” logged some 22,000 nautical miles during her initial voyage. By the time she returned to Spain, she was in terrible shape. Repaired, “Victoria” would continue in use as a Merchant Ship for another 50 years of service – before she was sunk in a storm in 1570. Although her wreckage has never been found a Replica ship was built in 2011 by The Government of Chile. 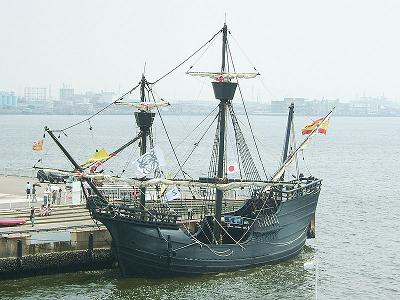