The ''Thornton Affair'' is widely seen as the primary justification for The United States declaring War on Mexico, initiating The Mexican war of 1846-1848. The Military engagement which developed as a result gave then US President James Polk the ability to present his desire for War to Congress in April of 1846.

The former Republic of Texas (which had won a War of Independence from Mexico), was annexed to The United States as a US Territory in 1845. Mexico still ''smarted'' over the affair and always saw the move as being ''backed'' by The US (as a means of expanding US Boundaries). To prevent what Mexico saw as incursions into Mexican Territory, 1,500 Lancer Cavalry were sent to the recently establish Border. Reports had come to The US Government of Mexican Forces crossing into Texas and harassing Settlers (stealing Cattle, etc). To determine if true, The US Army was deployed to the Region (800 Dragoons).

Mexico claimed large portions of The Sabine River, which separated the two Countries. This was disputed by The US Government, but ''cooler minds'' were determined to settle ''the issue'' with diplomacy, and not open conflict. It is sure that ''standing orders'' with The US Military Force was to defend itself, if ''fired upon'' or outwardly attacked.

Two US Dragoon Companies, one commanded by a Captain Seth Thornton, had been deployed to The Rio Grande River Border (1846), to investigate a report that Mexican Forces had in fact ''crossed over in US Territory''. Thornton and His Command were ''ambushed'' by The Mexican Lancers. The engagement caused the capture of Thornton and 48 of His Command. 18 were listed as killed and wounded. News spread, and so did US President Polk's ''call for War'' which was answered by The US Congress as positive.

Captain Thornton would remain a prisoner until 1847, when American Forces thru Military victory, pressured The Mexican Government to release him. The great debate of The ''Thornton Affair'', is that – in fact, Mexican Forces did Not cross over into US Territory, that is was Thornton (an over zealous Officer), crossed into Mexican Territory first. It was Mexico ''defending'' itself. Other cite that US President Polk wanted War with Mexico. With a victory, in addition to Texas – vast Territories under Mexican control (New Mexico, Nevada and California), would fall under control of The US. Perhaps The ''Thornton affair'' was the ''spark'' Polk needed. 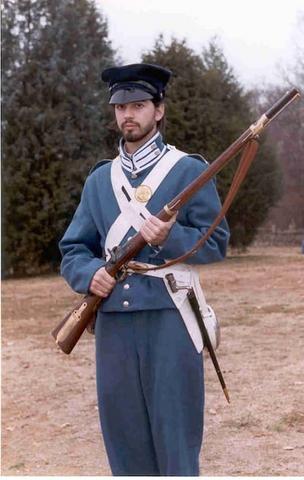