The Symbol of The Mahdi

The Heraldry (although unofficial) of The ''Expected One'' or Mahdi, belonged to Sunni Muslim Muhammad Ahmad. Islamic Tradition (The Quran), foretold of a ''Deliverer'' who would unite all of The Muslim World, as one ''Super Nation''. Alternately, ''He'' would ''convert'' The World as well. Many factors were taken into consideration, to include His birth, early life and later various physical identifying ''marks'', which established Ahmad as ''The Expected One''. Once accepted, thousands of North African Tribes (regardless of their Clan affiliations) would ''flock'' to The Banner of The Mahdi. Successful in His ''scorched Earth Policy'' of most of Upper Egypt (The Sudan), it would take a War weary England to launch a Conflict against Him to destroy His hold on Egypt (Ahmad would die in 1885 under mysterious circumstances). His Heraldry was though to show His Sigil in Arabic, surrounded by a Circular Pattern, in Light Blue (bordered in Dark Blue). Controversial in that His Heraldry included the name of The Prophet Muhammad (a strict blasphemy), can still be found in The Middle East (with many Tribes still awaiting yet another ''Mahdi'' to deliver them). 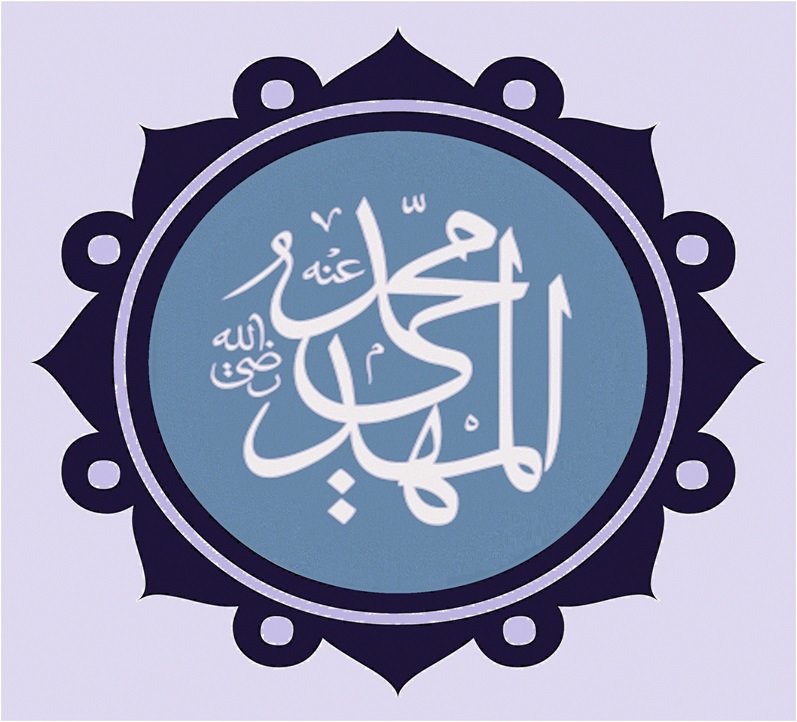