The Shield of King William The Conqueror

Debated, with many versions seen – The so-called “Shield” of William The Conqueror was seen as both his Heraldic Crest and Banner of State, when he was Crowned King of England. The debate come in with it's composition. William claimed both France and England, as as such may have been the first English King to incorporate the now traditional symbolism of both Kingdoms. Some examples coming from Centuries after his death – show Williams Shield and later Banner as having been quartered, with the Upper Left and lower Right Canton Fields being Royal Blue with The Fleur d'Lys (in Gold) throughout. The Upper Right and lower Left Cantons featured (2) recumbant Lions (also in Gold), on a Red Field (traditionally the Color and imagery of The English Kings since the 7th Century AD). William was also known to use the Red Field with Twin Golden Lions, as both a Battle Mantle and War Banner. 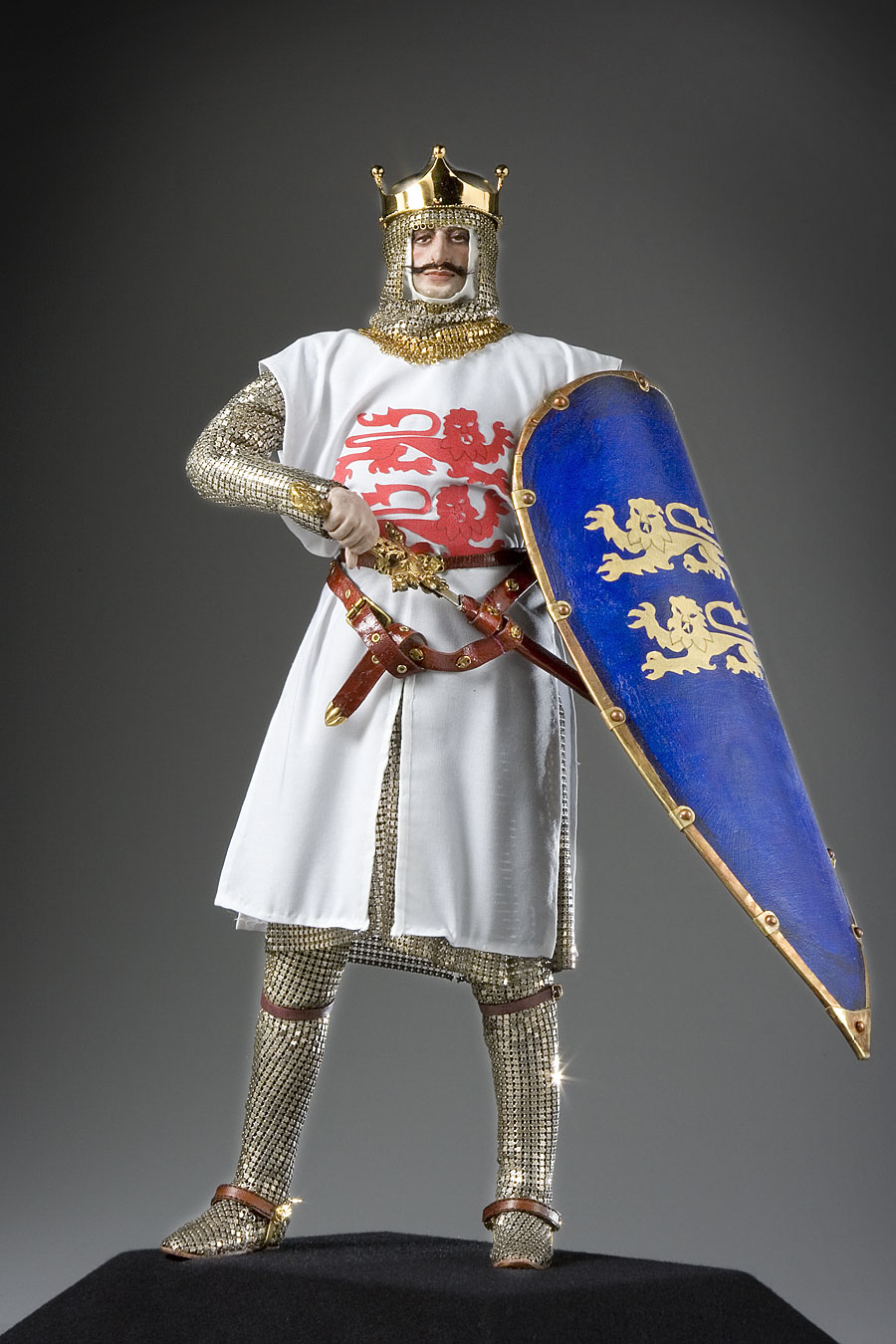