The Seward-Lyons Treaty of 1862 was a unique piece of foreign diplomacy between The United States and Great Britain, at a time when America was involved full tilt, in Civil War. Named for ten Secretary of State William Seward and British Ambassador to The US, Richard Lyons, the Treaty established a more stringent enforcement policy aimed at ending The North Atlantic Slave Trade. Great Britain had been ''courted'' for several years by the newly establish Confederate States of America – to be ''recognized'' as an independent Nation and even perhaps take military sides against The United States (even opening The Federal Blockade of Confederate Coastal waters). Britain (while sympathetic to The South), had moral issues with their continued support of Slavery. Many European Nations had abolished Slavery – with England and The US having enacted previous National Acts to stop the importation of Slaves from Africa. This was accomplished by (at times) a robust response by each Counties Navies.

The 1862 Treaty was aimed as an ''Olive Branch'' by which the Lincoln Government (North), used to not only support (with it's Navy already spread thin), but would be heralded as proof that Great Britain would not openly support The Confederacy (South). The Treaty did (to some degree), but Munition Commerce (mostly Private ''Gunrunners'' into The Caribbean), still supplied The American South. However, The Royal Navy too worked to stop (or at best slow) this as well. The passing of The Treaty of 1862 was seen as a bit of an insult to Southern Diplomats desperately trying to gain political clout with Great Britain. 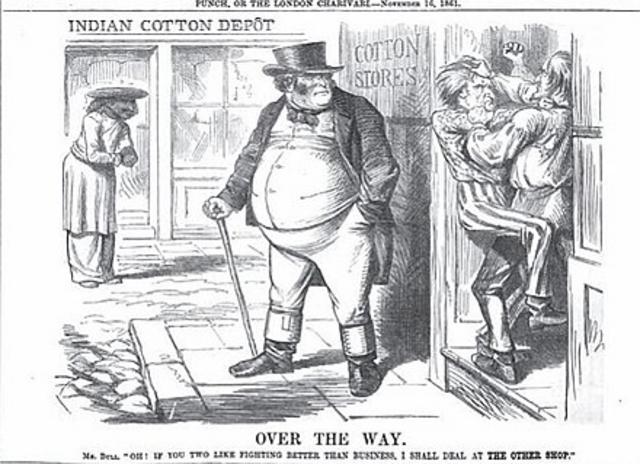