The Battle of San Jacinto (1836), was the defining point of the War between Texas Rebels and the Armies of Mexican General Santa Anna. His Forces were beaten by the makeshift Texan Army near Deer Park, Texas. The San Jacinto Battle Flag, was actually the only flag on the field. Used by The Sherman Regiment, it featured a white field (bordered in gold). A bare breasted Liberty (with sword unsheathed) – points the way to victory. Over the sword is draped the banner saying “Liberty or Death”. It is unclear of the origin of The Sherman Flag (who made it). It has come to symbolize Texas winning it's independence from Mexico. 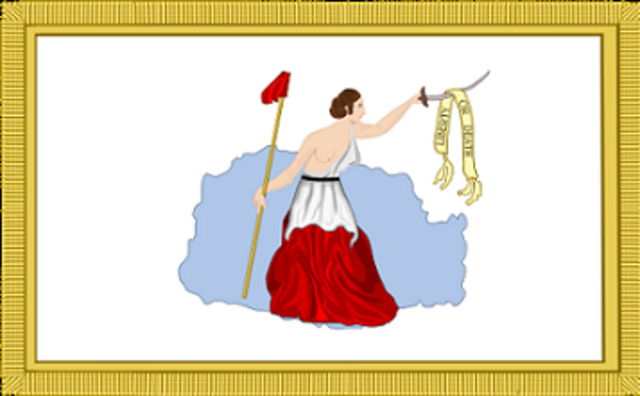