Towards the end of the savagery that permeated in The American West, perhaps no m ore ''wild'' an Outlaw Gang operated, than The Rufus Buck Gang. Active between the years 1895 and 1896 – the Gang was also unique in that it was made up of Black Americans, Mexican, Caucasian and Native American (truly a multi-cultural ''endeavor''). The Gang worked The Regions between Arkansas and Oklahoma. Noted for robbing just about ''anything they could (from Ranchers to Stagecoaches to the wayward Traveler) – The Gang came to National notice after the killing of a US Deputy Marshal. The Gang were also charged with the raping and killing of several women and shooting several children.

Not to be undone, The Gang's activities was not just regulated to Settlers and Townspeople. The Gang also robbed and attacked Creek Native Americans on Reservation Territory. Finally, in 1896, a combined Force of Federal and Local Lawmen trapped The Gang in Oklahoma. The Gang was unluckily taken to famed Judge Charles Parker (aka ''The Hanging Judge''). Sentencing all of them to die, their Attorney made an unsuccessful bid for their re-trial with The US Supreme Court. Angered, Judge Parker sentenced them to be executed twice. Each Member of The Gang was thus hung twice at Fort Smith, Arkansas in 1896. 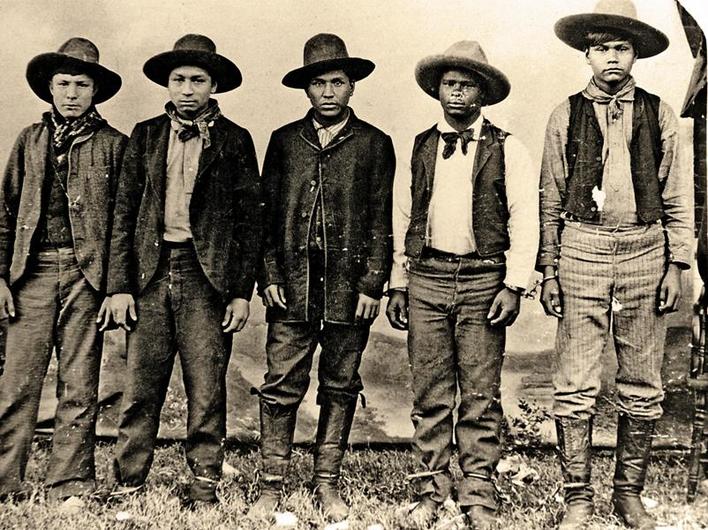