The ''Roma'' was an Italian Military Airship, built in 1920 and purchased by The United States Army in 1921. Airships (both Rigid and Non-Rigid Classes), were becoming a popular component with many National Armies and Navies throughout The World. Airships such as The ''Roma'' were important tools used for Aerial Observation of Troop Movements and Artillery ''Spotting'' (Targeting). Navies used them the same, but were also adapting them for Anti-Submarine Warfare capabilities. ''Roma'' was re-designated (officially) as ''T-34'' (although most simply called it ''Roma''). She cost The Federal Government over $200,000 (USD), which was nonetheless cheaper than the construction of them at the time. Most US Army Observation Balloons were much smaller affairs.

''Roma'' was over 400-feet in length with a diameter of 83-feet. Cloth and canvas (treated with anti-fouling paint), ''Roma'' was over 1 Million cubit feet internally. She used Hydrogen, which was considered by many too unstable. Her propulsion was (6) Liberty L-12 300-KW Engines which created an airspeed of roughly 80-mph. ''Roma'' crewed (45) Officers and Men. Barely a year into Her service, ''Roma'' was flying over Norfolk, Virginia – when She lost rudder control and crashed. She hit a series of electrical power lines, which ignited Her gas qucikly. 38 of her crew were killed and wounded. From this point The US Army stopped using Hydrogen Gas in favor of Helium to fill it's future Airship Fleet. 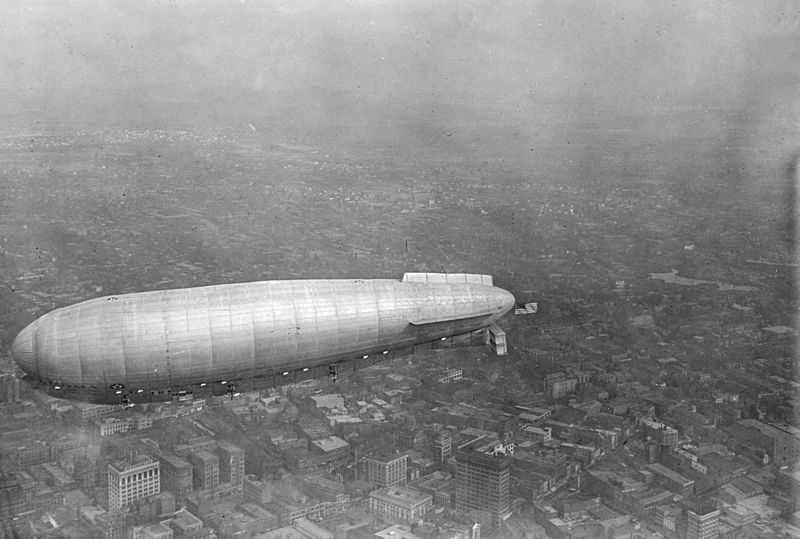