The Red Dragon was a Heraldic symbol of The House of Tudor, the ruling Dynastic Monarchy of England from 1485 until 1603. While most known for The ''Red Tudor Rose'' – the House Badge of The Family – designed and made popular by The War of The Roses (of which The Tudor and York Families warred for supremacy), one of the earliest symbols was The Red Dragon. The Dragon was related to the Tudor linage with Wales (and later a Protectorate of England). The ''Beast'' is the official royal symbol of that Nation. It was used as a secondary Supporter in Tudor Heraldry and Arms. Raised to strike (or vigilant), The Red Dragon was retired after the Elizabeth I's Reign (1603). 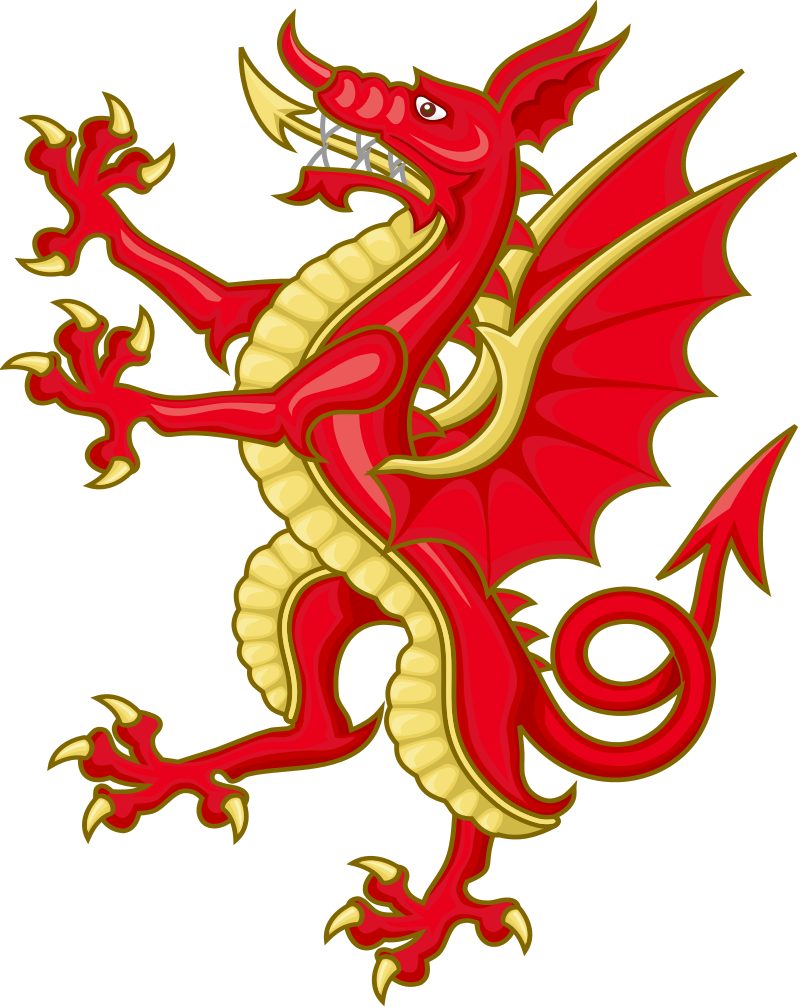