The Many Names of The American Civil War

The American Civil War was a National Conflict which took place between 1861 and 1865. It's many causes are well know, but what is seldom – are the many different names The War was known by. While a ''Civil War'' is defined as an armed conflict fought ''between'' a populace (based on either political, religious or related differences), the term was actually seldom referred to as such by contemporary chroniclers of The American Civil War. Even then US President Abraham Lincoln only referred to The War as a ''Civil Conflict'' once (in his legendary speech given at Gettysburg, Pennsylvania in 1863).

As far as The Northern States were concerned, The War was seen as a Rebellion against National Authority and The Constitution of The United States. Hence, officially – it was known as The ''War of The Rebellion''. Conversely, The South was seen as ''Rebels''. Both terms were used throughout The War as official descriptions.

The Southern States saw The War as a more more personal issue. For them, it was not a ''Rebellion'', but a ''second'' War for Independence (referencing the past War of American Independence fought against England from 1776 to 1783). They saw themselves as ''Patriots'' (as did their forefathers). However, officially – The South often referred to The Conflict as ''The War of Northern Aggression''. Another commonly used descriptor was ''Mr. Lincoln's War''.

Other less known examples adopted by both sides (again after The War) - were ''The War of The Blue and Gray'', ''The War of Southern Aggression'' and ''The Slaver War'', to name a very few.

Oddly, by the end in 1865 and onward – The North (The Victors), switched to ''The Civil War'' as the official description of The Conflict. The South changed to ''The War Between The States''. The titles are still used regionally even today to identify a turbulent period of US History in which sadly – over 600,000 perished. 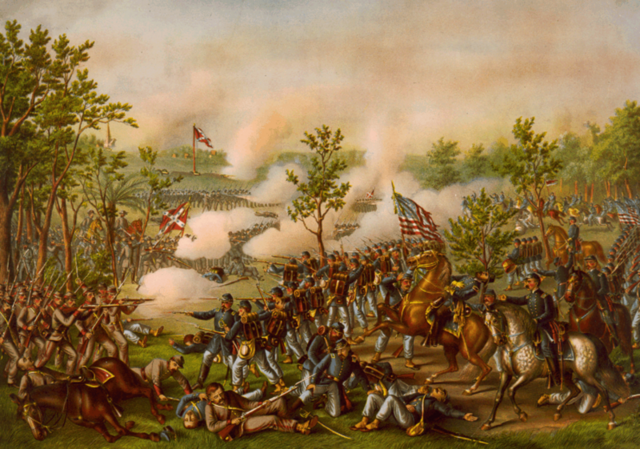