The well known “feud” known as The Lincoln County War started in 1878 and ended in 1881. The “War” involved two factions – each wishing to claim complete control of the Regions commodities. Occurring in New Mexico Territory, the conflict not only showed the true nature of American Western Political and Legal corruption – but would also give “birth” to one of The West’s most well known Outlaws, namely William Bonney (aka “Billy The Kid”).

COMPETING MEANS:
Lincoln County, New Mexico was a vast stretch of land, touted as one of America’s largest Counties. It was an excellent source of grazing land for cattle and had ample water sources (used to maintain their feed). It attracted many Settlers into the Region. As such, competition vied for the selling of Dry Goods and supplies much needed by such Pioneers. After The American Civil War (1865), a consortium of Irish-Catholic Cattlemen and Dry Goods Merchants descended into Lincoln County and set up “shop”. Two of which – Lawrence Murphy and James Dolan literally monopolized the business. Buying Political and Legal “clout”, their organization was given the ominous nickname of “The House”. The House tolerated no newcomers or interlopers to vie for competition. That ended in 1877 when English ex-Patriate John Tunstrall arrived in the Region. He set up a rival Dry Goods and Cattle Grazing (Land use) business. The House would soon retaliate. Trying to use Court Room “tactics”, threats of death etc – The House was unable to budge Tunstall. They hired Gunmen as Security (thugs), with as much infamy and skill. It was The Evans Gang that answered their call. Tunstall, not to be undone, hired his own Security. Mostly recruited from hired Cattlemen – many were quite adept at gun play. He called them his “Regulators”. On such Regulator was a rather “handsome” young man of sketchy past. Charming and easy to  be friends with, young William Bonney was well advanced in his years in terms of common sense with working the range and a crack shot. Most called him simply “The Kid”.

FATAL ERROR LEADS TO FATAL WAR:
The Regulators (who along with Billy The Kid, contained many future legendary Western Outlaws), maintained an uneasy peace with The Evans Gang. A few bar fights, curses hurled and an occasional unaimed shot – was all that transpired. But that was soon to end in 1878. Dolan, using his political clout – was granted an illegal arrest warrant for Tunstall (achieved through his “bought” Lincoln Town Sheriff Alexander Brady). Deputizing several Evans Gang Members, they rode out to The Tunstall Ranch to serve process. Tunstall met them with several of hi Regulators (Billy among them), and went to see what they wanted. Tunstall was shot dead. Bonney (and others) “swore” revenge for their beloved employer. The War had begun. Within several weeks, The Kid and his Regulator Posse hunted down several of the Evans Gang Members – capturing them alive at Blackwater Creek. Many in The Regulators wished to bring them back into town for Justice. The Kid pointed out that the local Magistrate was in the “pocket” of Dolan (meaning that justice would never be served). The Regulators shot dead their captives, each man firing 11 shots each into the victims. The “Blackwater Massacre” was seen as justified by many of the local populace, but The Evans Gang and Dolan upped The War. Begging The Territorial Governor for Military help.

THE BATTLE OF LINCOLN AND THE END OF THE WAR:
For several more months, The Regulators countered The Evans Gang. Once captured briefly by Sheriff Brady, Billy The Kid (while in custody) – escaped and shot Brady dead from the front porch of The Sheriff’s Office. This action prompted The Governor to send a replacement – Pat Garrett. Garrett (a well known Lawman), began a systematic mission to bring down The Regulators. This mission reached it’s boiling point in The Town of Lincoln in 1880. For 5-days, The Regulators (hold up in Tunstall Partner and Friend John McSweeny) home, fought Garrett, remaining Evans Gang Members and eventually a detachment of The US Cavalry from Ft. Stanton. In the end, most of The Regulators were dead or fled – including Billy The Kid. Although broken, Garrett refused to let go of his quest for Billy. He would be satisfied in 1881 when he eventually would shoot and kill the Western Legend. The House regained control of their consortium, and would remain in control until New Mexico Territory became a State in 1912. 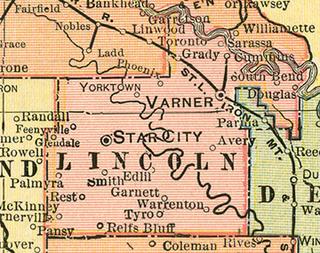