Thought to be the largest ship built by Rome around 150 A.D. - The Isis was 180 feet long with a 45 foot height (or beam). She was built with a 44 foot cargo hold and displaced some 1,200 tons. Originally built to transport grain cargo from Alexandria, Egypt (to Rome), it was speculated that 1 load of her cargo could “feed the City of Attica for an entire year”. She was made of Syrian wood and could hold a crew of possibly 40. Finally sunk in a storm, she was partially discovered by famed American underwater Explorer Robert Ballard (of RMS Titanic fame) – in 1988. 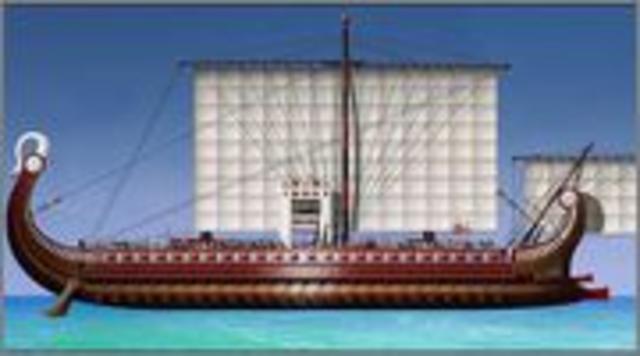