Derived from The Germanic-Barbaric practice of banding together groups of 100, this practice gave way to the Feudal Manorial System in Europe (although it persisted well into Anglo-Saxon England and the 8th Century A.D.) The “Hundred” became the organization Unit directly under a Shire. These groupings consisted of free Peasants who owed their primary allegiance to the Group and then secondary to their Lord (or Ruler). Each Hundred had it's own judicial system and military unit – and was presided over by an Assistant to The Sheriff (or a prominent Steward of The Lord). The main business of the Hundred Court was to deal with petty crime and to get the Peasant to operate in important aspects of Village agricultural life. 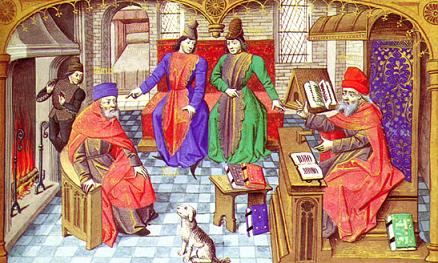