The ''Harefield Entertainment'' was one of the final celebrations given for England's Queen Elizabeth I, in 1602. The majority of the celebration was paid for by members of Her Nobility and Privy Councilmen. The Queen was entertained with lavish Plays, Singing and ''comic'' performances. A defining point that – owing to The Queen's greatly depleted Treasury at the time – the vast majority of food stuffs were provided by Noblemen and Women of Her Court. Such lavish dishes were from Goose, Duck, Lobster, Swan and many delicacies brought from The New World. It took many weeks prior to just prepare some of the more intricate desserts and place settings used. It was said that their was so many boats (waterway traffic) on London's Thames River (bringing goods and supplies to The ''Entertainment''), that one could literally ''walk across'' the Thames expanse and ''not get wet''. Held at Harefield Place (which is now part of Hillingdon, a Borough of The City of London) – The ''Party'' lasted from July until early August of 1602, with as many as 1,000 Attendees. 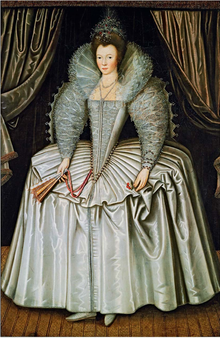