The Gulf of Tonkin Resolution

The ‘’Gulf of Tonkin Resolution’’ was one of (15) recorded US Foreign Policy measures, drafted to develop American actions with regards to military interventions (War and related). It was developed by Congress in 1964 after the supposed ‘’Gulf of Tonkin Incident’’ (August of that year). It was ‘’verified’’ (then), that a US Navy Communications Vessel – The USS ‘’Maddox’’ – operating in ‘’International waters’’ off The Coast of Vietnam, was attacked in a series of sorties by North Vietnamese Torpedo Boats. ‘’Damaged’’, The ‘’Maddox’’ reported the incident. This would lead to Congress and then US President Lyndon Johnson, to ‘’escalate’’ support to South Vietnam (it’s Government and Military). In short, a War.

However, Congress did not wish to formally ‘’declare’’ hostilities. The issue of military actions by America against another County without formal declaration of such, had been approached and acted on many times prior in it’s History. But, historically – no set ‘’written Law’’ or related was ever put forth. The Tonkin Resolution gave The President the ability to send and or increase military support (to include personnel), into a ‘’short term’’ Conflict. The Resolution however, served to not only ‘’create’’ The Vietnam War with America, but gave all manner of ‘’first time’’ Presidential Authority with regards to warfare. Lasting until 1971, The Resolution would be abandoned in lieu of another ‘’document’’ (Law) known as The ‘’War Powers Act’’ of 1973, which gave a US President the ‘’right’’ to deploy limited military support WITHOUT Congressional support for specified period. 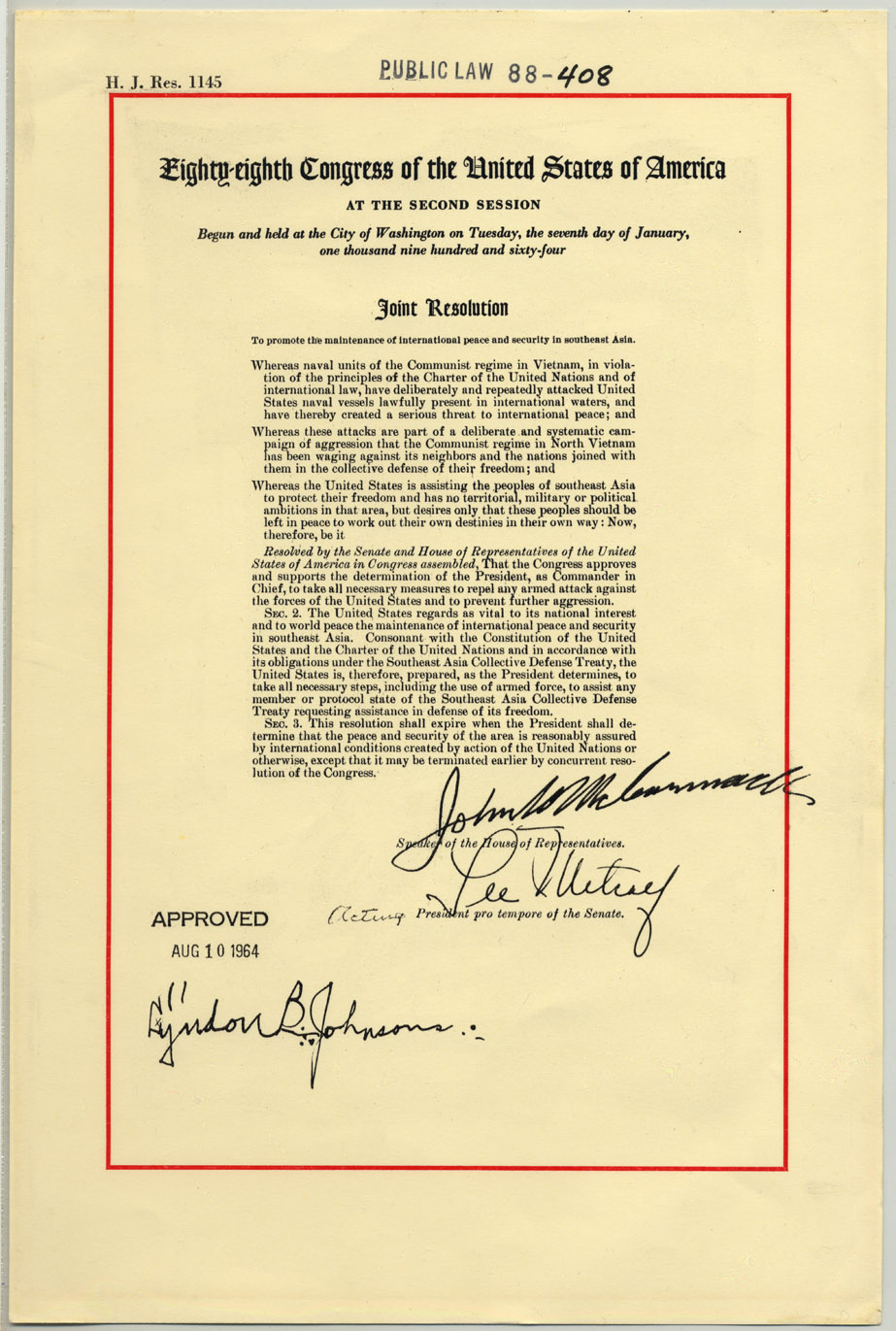