The Period of Ancient Greek History known as The Greco-Persian Wars, was a generation of Conflicts between The Greek City States and the Empire of The Achaemenid (Persia). Fought between 499 and 449 BC. Various Achaemenid Rulers were involved in the course of The War, but it was perhaps best remembered for both Darius I and Xerxes (His Son ans Heir), and their epic campaigns against The ''Free Greek''. The Conflict began with Persian political influence moving thru The Ancient World, as The Empire began to grow. With growth thru treaty and conquest – The Persians began to ''see'' the possibility of a ''United Europa'' under The Achaemenid Banner. Their conquest would come to a halt with diplomatic failures with most of The Greek City States (which were an early example of a ''free and democratic'' form of Government), collapsed. Several Greek Territories had decided to align themselves with the Persians, which almost surrounded The City States and made overall commerce stall. The Greek City States, ''united'' as a Government (temporarily) – forming both Military and Political aid to each other.

After a series of early victories, The Persian Army invaded Greek ''territory'' around 492 BC. And while The Greek ''Allied'' Armies fought bravely, they were no match for the vast resources of The Persians. The epic failure of The Greek positions at The Battle of Marathon (490 BC), opened a ''door'' into the heart of Greece for The Persians. However, with the death of King Darius, some thought The Persian onslaught would stop. It didn't and continued with even fiercer determination by His Son, Xerxes. But The Persian Army was overburdened with stretched out supply and reinforcement lines. These were somewhat exploited by The Lacedaemon Spartans, whose defensive and offensive counters to The Persian Invasion effectively caused something which rarely happened to The Persian Army – it stopped it. A series of continued victories for both The Spartan and Allied Greek Armies, flushed the Greek determination. But even in this, it was short lived. A large Greek Fleet attempted to ''take The War'' to The Persians at Cyprus in 451 BC, which ended in failure. But by decades of constant Warm both Persian and Greek Nations were spent. This coupled with numerous revolts within The Persian Empire, would lead to the ''peace'' established with The Treaty of Callias in 449 BC. 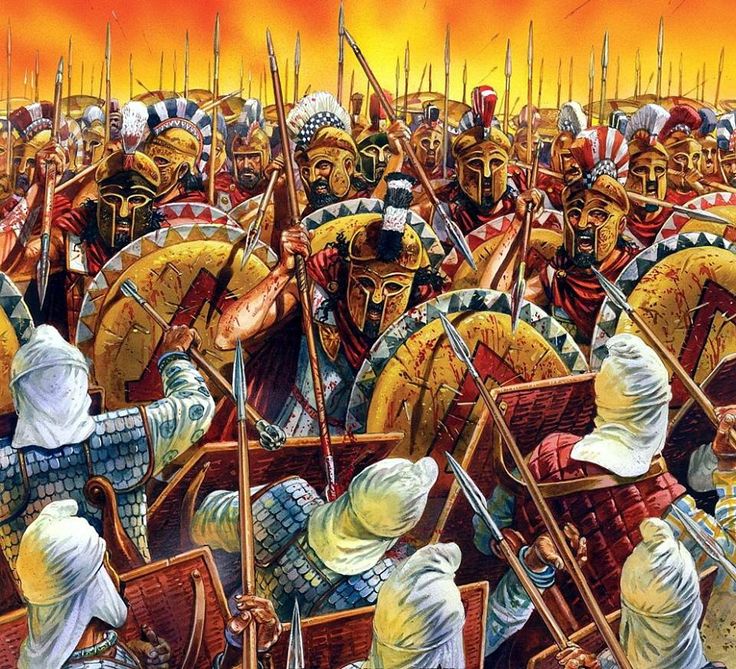