So named by The Anglo-Saxons in the 8th Century AD – The Great Heathen Army was a coalition of Norse Warriors. They fell under a single unified command, something relatively unheard of between the warring Norse Tribes. While Troop size is debated, most Historian cite The Army as being roughly 1,000 strong. The Norse were highly effective Raidsmen – specializing in small Unit Tactics to such a degree that they were unstoppable by local Forces (who were mostly unskilled and inexperienced Militia). Striking through East Anglia, The Heathen Army penetrated well into Northumbria and Southward as far as Wessex. Their farthest Western incursion was Merica. There, they encountered Alfred The Great, who preferred to pay them off to leave his Kingdom – rather than fight them.

Coming back in 878 AD, they requested a much higher Tithe than Alfred was willing to pay. This forced Alfred to engage them at The Battle of Edington. Defeating The Heathen Army, a Treaty was formed which kept them out of Mercia (but pushing them into Northern and Eastern England). While most of The Heathen Army would leave England for good in 890 AD, many remained in England and would be absorbed into English Culture. 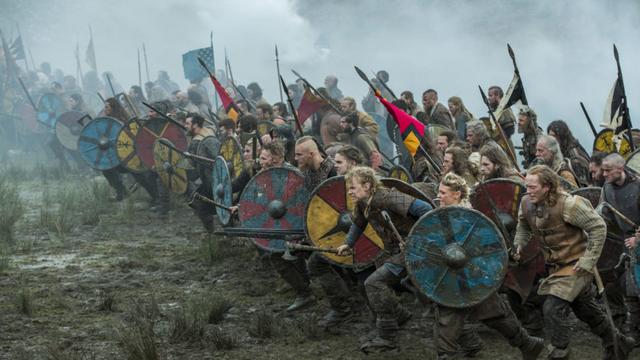