The term ''The Great Game'' was a Victorian Era political description for the on-going tensions between Great Britain and The Empire of Russia. Coin in 1830 by English Lord Edward Ellenborough, it would serve to describe many of England's Military ventures into The Middle East and Northern Europe to counter what was perceived as Russian ''encrouchments'' into destabilizing Europe. The many Anglo-Afghan Wars of the 1830s and 1840s were a direct result of ''The Game'' (likened to a massive game of Chess). The ''end game'' would become the later Crimean War of the 1850s. Trade and related Commerce, as related to the overall control of ''international'' Ports and Harbors was another defining measure of The Great Game. Both Nations claimed control of several such by right of Colony (despite the fact that the sovereign County in question was independent and well capable of entering into treaties with whomever they wished). Both Nations were seen as being the ''superpowers'' of their Era, and The ''Great Game'' is often seen as a precursor to the much later ''Cold War'' of the mid-20th Century. In Satirical Art (Newspaper Print), The ''Great Game was portrayed by ''The English Lion'' and ''The Russian Bear'', often fighting over control of a ''confused'' World. 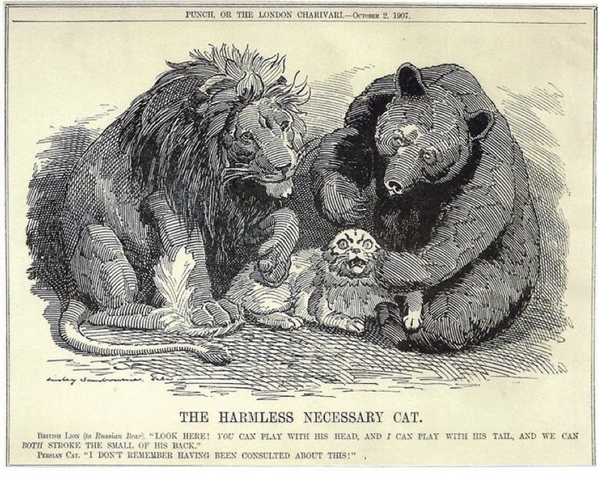