The ''Great Hanging at Gainesville'' was a ''Kangaroo Court'' styled, quasi-military trial and execution which took place in Gainesville, Texas on October 1, 1862 – during The American Civil War (1861-1865). Much of the events were not made known in The North (Federal) until 1864. In The Town of Gainesville, Texas – some (200) Men refused to serve in The Confederate Army, and espoused their ''loyalty'' for the former United States (Unionists). These men were arrested and detained by Confederate Military Authorities and threatened them with execution by hanging (by the neck). All these Men were married and most had children,

While some did ''switch loyalties'', (41) stuck to their principles. On the morning of October 1st, the 41 Men were taken and hung as ''traitors''. Ropes were placed on their necks and they were simply ''pulled up'' to slowly strangle. Left for a week to ''rot'', Widows were then allowed to claim their former Husbands and bury them. An estimated 300 children were left fatherless. The Town was a target of Federal attack (perhaps as a way of revenge) and suffered horribly at the end of The War. It has taken a Century for the Town to clear it's name of this obvious ''War Crime''. 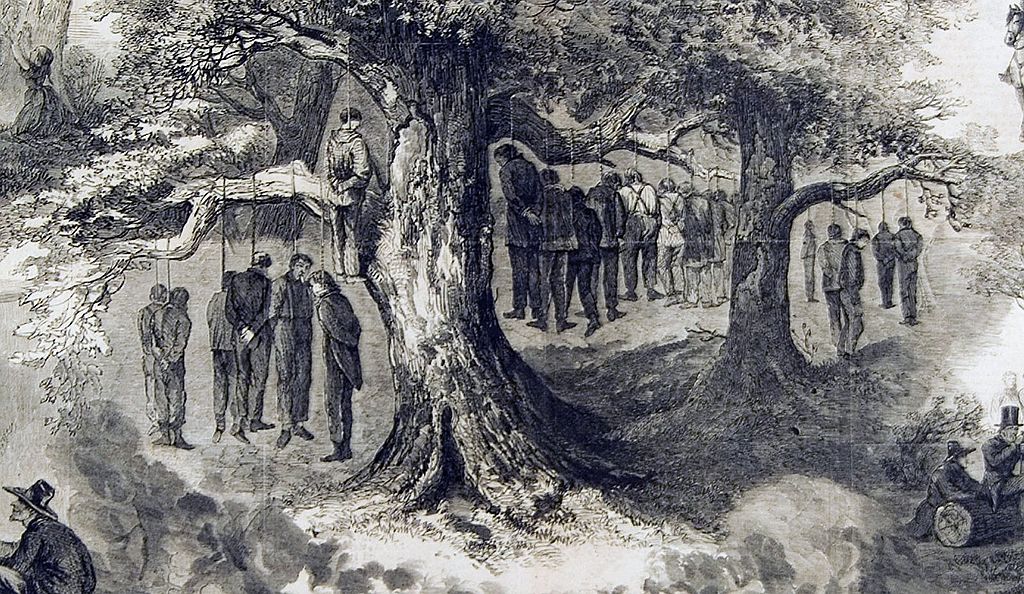