This was an important Document of The Middle Ages. Initiated in 1356, it was signed by Holy Roman Emperor Charles IV and a confederation of Germanic Princes of The High and Low Land Countries. The past several years were spent feuding over “Imperial Rights” and those of “Royal Privilege''. It was a similar “disagreement” seen between The Pope and The Holy Roman Emperor MANY times. The “Golden Bull” (alluding to a “Papal Bull” or Memo from The Roman Pontiff), stated that a “formula” would be used for the Election of The Emperor of The Holy Roman Empire. The Electors were to be chosen from establish Germanic Nobility. It also outlined the specifics of The Imperial Coronation procedures, and established a type “Princely autonomy”. The “Golden Bull” was NOT well received in Rome! 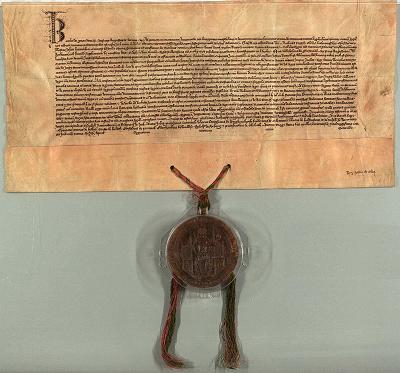