The ''English Armada'' was the counter to Spain's vaunted ''Spanish Armada'' It was with this Naval Fleet that Spain attempted in 1588, to take control of The English Chanel with the ultimate hope of invading and conquering The English. A ''freak'' Storm and a much smaller -but well Captained English Fleet gained ''the day'' and the combination of the two would break what was once The mightiest Navy in The World at that time. This Event set the stage for the ''Contender'' to become ''Master'' of The Seas. The Contender was England. Their ''Fleet'' would one day become The Royal Navy.

While Spain had centuries of experience in Shipbuilding over England, England had several advantages. Good and strong wood (tree) sources, even better and easily accessed Ports and Harbors – both would help serve for Queen Elizabeth Is critical need to exploit the loss of The Spanish Armada. Sea Trade routes and well as an edge on colonization of The ''New World'' were both in the balance.

A massive Ship building undertaking commenced in 1589. The goal by England was to clear Spanish Support Bases off The Spanish Coast and it's protectorates. The English Armada consisted of 150 Warships of all Classes and a combined manual Force of over 23,000 Men. The entire affair was commanded by a ''darling'' of Elizabeth's Court Sir Robert Devereux, The Earl of Essex. In this lay the ultimate ''Court Intrigue''. All would readily agree that Sir Francis Drake (an experienced Naval Commander and Explorer), would have been the likely choice to lead The Queen's counter-strike. Instead, She chose Her Lover, Devereux (a young and rakish fop more interested in ascending The Throne and Power, than securing English Naval supremacy).

Initially, Drake (chosen as sub-Commander), split The Forces and concentrated on besieging several coastal strongholds, such as Coruna (1589). However harsh weather and reinforced Spanish Garrisons (Artillery), found Drake losing The Port City. Drake and Essex fare somewhat better in Portugal, sacking Lisbon (with the help of a disgruntled Portuguese Garrison). However the victory was short lived. Essex (ever the bravado) – ''challenged'' those Loyalists to a fight. Without Drake (and His supportive Artillery) who had left Lisbon, Essex managed to lose The City as soon as it was taken! Essex was recalled to England.

Drake attacked The Azores in The South Atlantic. Moderately successful – again poor weather and lack of proper re-supply,greatly slowed Drake's ability to secure a tactical victory. With disease and down to 40 Ships, Drake and His 2,000 survivors had no choice but to return to England as well. The time to exploit Spain's weakness at Sea was over – with Spain still a major Force.

The English Armada was not an entire failure. Although massively expensive to procure, it was so too for Spain. The initial loss in The English Channel did whittle away at Spain's Sea superiority. And while they would eventually retain their superiority for several more decades, England concentrated on Colonization and Exploration of The New World. Eventually regaining overall control of the majority of North America (thru several successful Wars), they would eventually remove most of Spanish influence in The New World and establish themselves as The ''Masters of The Oceans'' by the 17th Century. 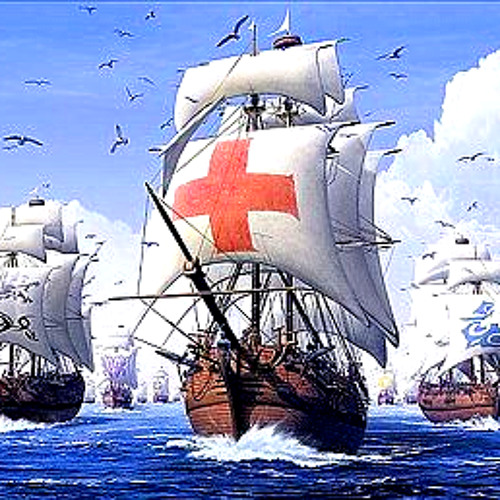