The ''Empress of China''

The “Empress of China” was one of the first Merchant Ships built by the newly Independent United States of America, and launched in 1783. Conceived as a Privateer, she was re-classified as a Commerce Ship to establish Trade with China. The “Empress” was the first Ship to establish ties with China. A (3) Masted, Fully Rigged Wooden Vessel, The “Empress of China” crewed 34 Men. She displaced 200-tons and was equipped with (4) 6-pound Cannon (Single Deck), for defense. Her first voyage took only 14-months to complete (sailing from New York to Canton). She would eventually be broken up for scrap shortly before The War of 1812. 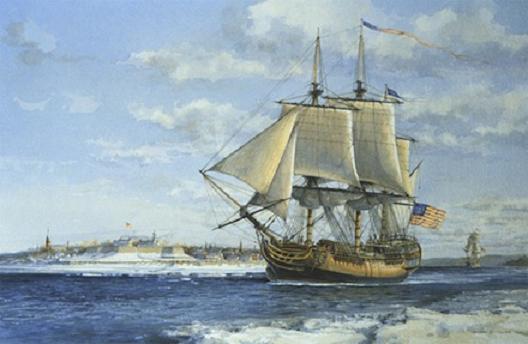