The ''mechanism'' used to convey the ''closeness' of The World to Nuclear Disaster at it's ''own hands'' – The ''Doomsday Clock'' is the primary feature of the periodical known as The ''Bulletin of The Atomic Scientists'' – first published in 1947. The Bulletin was born out of the organization known as The Continuing Committee for The Pugwash Conferences on Science and World Affairs (based out of The University of Illinois).

The image of a Clock was chosen to illustrate how very near total Nuclear destruction The World was at any one given year. The Clock is seen as being understood throughout The World regardless of language barriers. With the development of Nuclear weapons in the 1940s by The Soviet Union and their aggressive military doctrine, many Atomic Scientists presumed that the Clock should show how long (through either specific design or accident), The United States and The Soviet Union would take to launch such a War (easily seen as the ''End of The World'') – due to the massive amounts of Nuclear munitions both Countries maintained.

Used as a metaphor, The Clock was originally set to 7-minutes from Midnight. This meant that The Planet could be at a full-scale Nuclear War within that time frame. This was first set at 1947. Every year, the state of The World was assessed (politically, medically and militarily). The Clock remained at 7-minutes until 1953 it was set to 2-minutes. The closest to Midnight The Clock was ever set was 1-minute (during The Cuban Missile Crisis of 1962).

The farthest The Clock has managed to be set to was in 1991 – when both The US and USSR decided to lower their overall Nuclear Inventory and maintain strict Treaty adherence. This coupled with the collapse of Communism within Soviet Russia, a time of 17-minutes to Midnight was achieved. As of 2020, The Cock has been re-adjusted to 100-seconds to Midnight – a stark realization of just how far Man has fallen from ultimate World Peace. 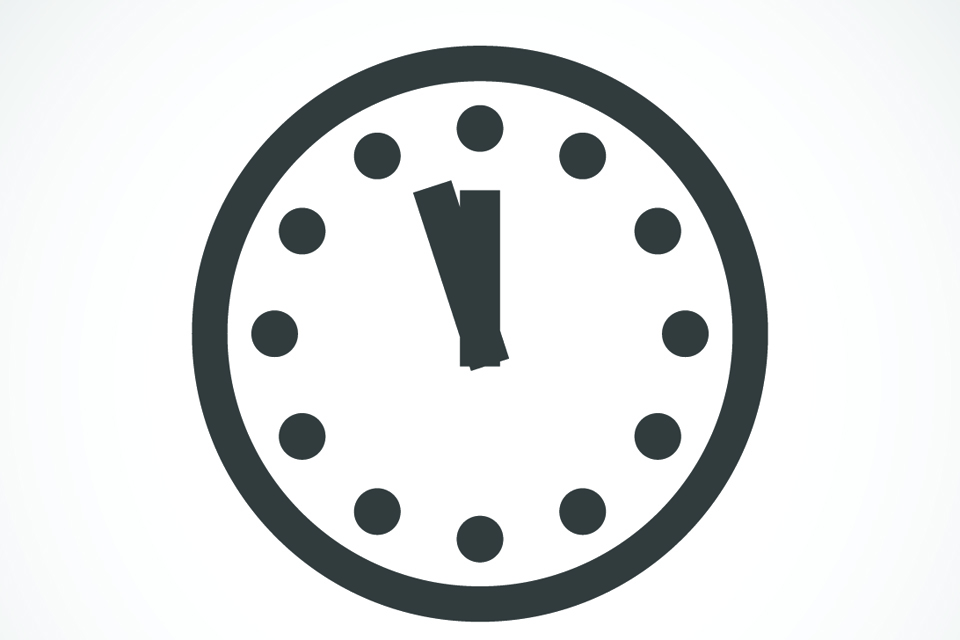