A theory of The Cold War and well applied to the reasoning for active involvement in Southeast Asian by The United States, the term ''Domino Theory'' was first used in the 1950s during The US Presidency of Dwight Eisenhower. Then, The Soviet Union and Communist China were seen as ''first and second'' primary ''threats'' to World Peace and the continued growth and fostering of Western Capitalism and Democracy. As many Nations that The US and it's Allies ''converted'', so to did The Communist Nations. However, a means to describe just how Communism ''spread'' as both a political and military ideal was need to justify several radical moves by The United States and NATO during The Era. This was The ''Domino Theory''.

In brief, after World War II – Soviet indoctrination of neighboring Countries spread and took hold. Most of these Nations had been decimated by The War (economically, socially and politically). Coupled with a loss of population, such Countries were ripe for The Communism Ideology. It was seen that such smaller Countries would slowly adopt these principles, one after another. To further illustrate, Western Powers cited the children's game of Dominoes. Small tiles – laid and equal distance from one another, will ''fall'' in a forward momentum with the ''tipping'' of the first principle tile.

To counter this, The United States developed The Marshall Plan (1948). This Program was a means of fostering Good Will and the understanding of democratic freedoms, many of these Nations did not enjoy, both before and after World War II. Funding for infrastructure, preferred trading status and overall protection (militarily) – were all offered with The Plan.

To further promote The Theory and later Plan, The US advanced that Communist incursions and support into Korea would see a massive ''Domino Theory'' of the Far East within 20 years if string actions were not taken. The Korean War, one of NATOs first joint Conflicts to curb Communism would quickly lead to another ''quagmire'' known as The War in Southeast Asia (first with The French and later with The United States). In the 1970s, the term was slightly changed to The ''Domino Effect'' (which was in essence, identical), but envisioned Nuclear Proliferation. 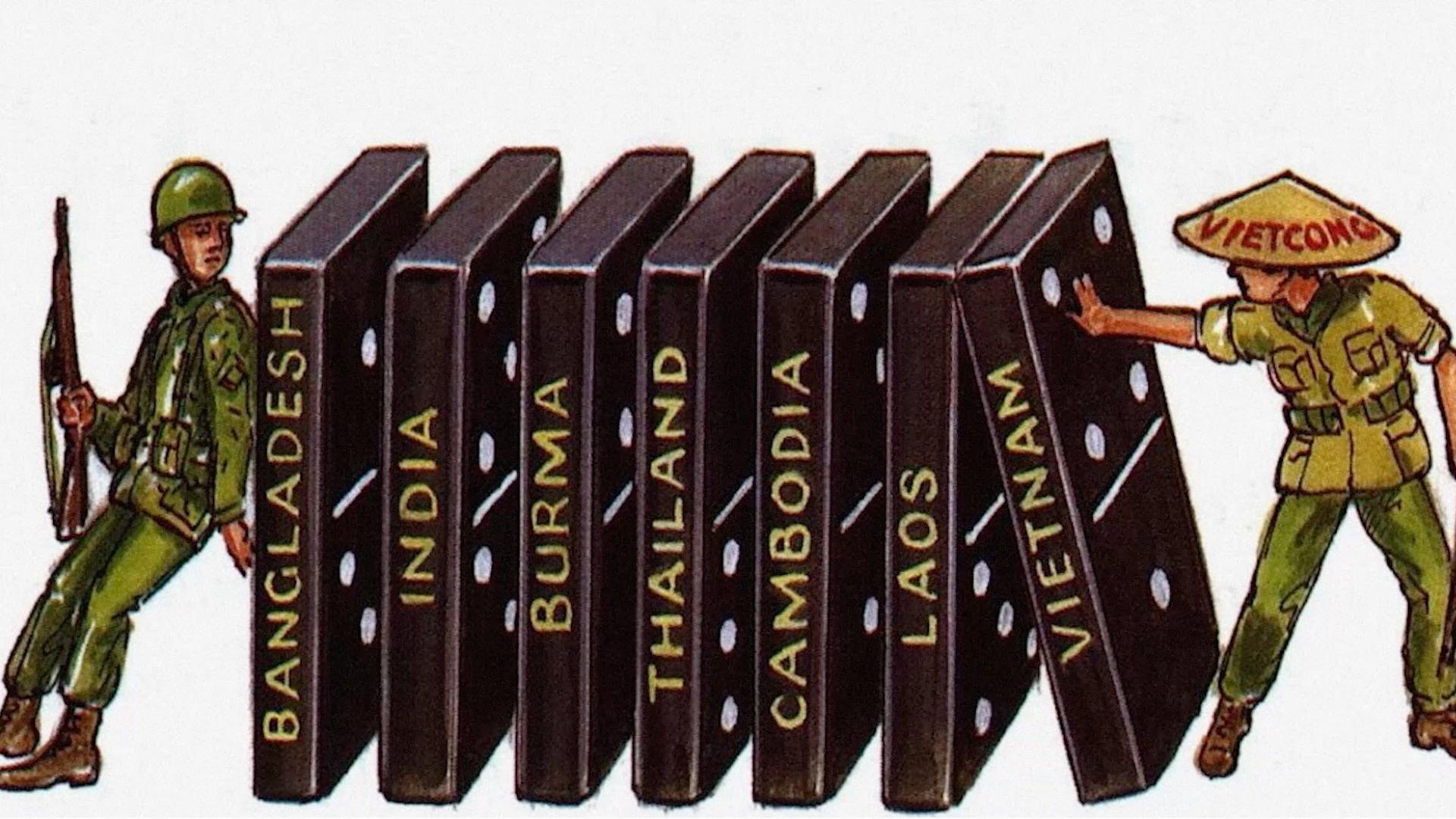