The Column of Marcus Aurelius

The Roman Column of Emperor Marcus Arurelius was erected in The City of Rome in 193 AD. It was erected by that Emperor to celebrate Rome's victory in battle with several Enemies. The Column was modeled on the famed Trajan Column (also in Rome). The Column was not finished by the time of Aurelius' death, but was completed by His Son. It was said that several nearby Temples were also built by Him to complement The Column, but they have not survived.

The Column is 97-feet in height installed on a 33-foot Base. It was constructed from 28 blocks of Marble. Hollow, a series 200 steps lead to a Top Platform. The carvings on the outside of The Column (which are spiraled), depict the Marcomannic Wars, which Aurelius fought/directed. The Column was a popular Medieval Attraction, from which Locals charged an ''Entrance Fee'' to climb to the top. Between 1588 and 1589, a major renovation to preserve The Column was undertaken under Authority of Pope Sixtus V. Several ''Modern'' restorations have also been undertaken as well. 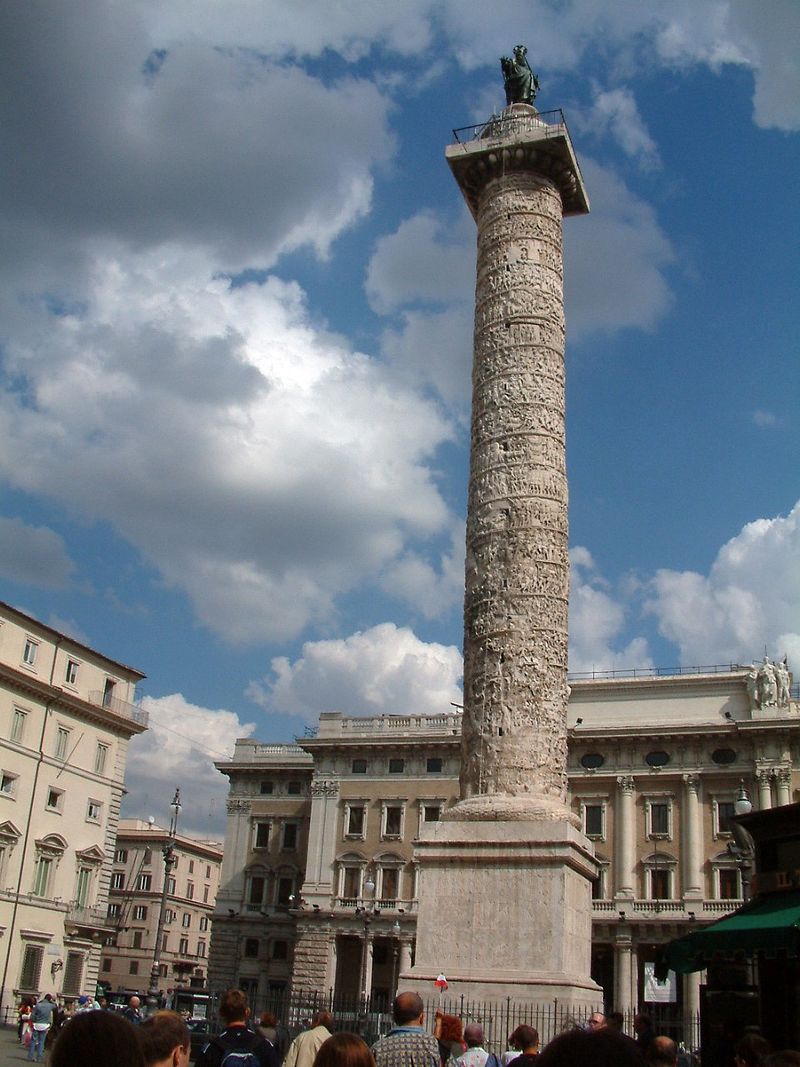