The Column of Justinian

Built in the 5th Century AD, The ''Column of Justinian'' was a massive Marble Column, rumored to be 300-feet in height. Atop the Column sat a large Bronze Equestrian State of Emperor Justinian. While not quite in the category of ''Ancient Wonder of The World'', The Column was the center The City of Constantinople and of both The Hippodrome (Racing Stadium) and The Main Augustaion (Public Fora). The Column was featured in many illustrations and art forms of The Era, lending a fairly accurate view on what The Column looked like during it's heyday. Much debate by Historians is entered with regards of just ''who'' was portrayed on Horseback at the top of The Column, While most agree is was NOT Emperor Constantine, the debate centers around either Emperor Theodosius I or his Son, Theodosius II.

Surviving The Capture of The City by The Ottomans, it suffered much damage as a result of the prolonged Siege. Sultan Mehmed II was said to have torn down The Column to add it to His ''collection'' of captured antiquities. Some Historians cite that it was dismantled due to poor maintenance and a lack of skilled Craftsmen to repair it. After the 16th Century AD, nothing of The Column or Statute remains. 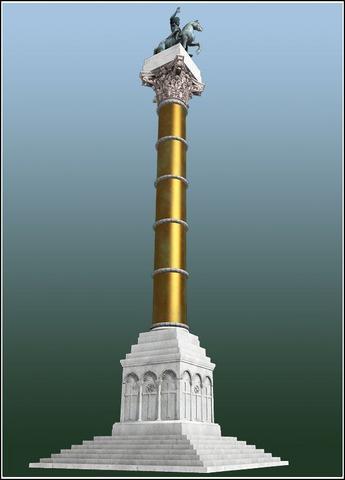