The ''Breslaw'' was a French ''Suffren''-Class Warship, launched in 1848. During The Crimean War, She served primarily as a Troop Transport Vessel. In the year 1862, She was part of the Bombardment Squadron sent to Mexico during The Intervention. Later, She was converted into a Prison Ship and served to contain radicals of The Paris Commune. These were dissidents that attempted to claim paris as a Free State and a Democracy. The ''Breslaw'' was broken up in 1872. Measuring 200-feet in length with a Beam of 54-feet, ''Breslaw'' weighed 4,000-Tons displaced. Crewed by 800 Officers and Men, She was a Full Rigged sail Pattern Ship which was never converted into Steam. The ''Breslaw'' was armed with (90) Cannon of various poundage. 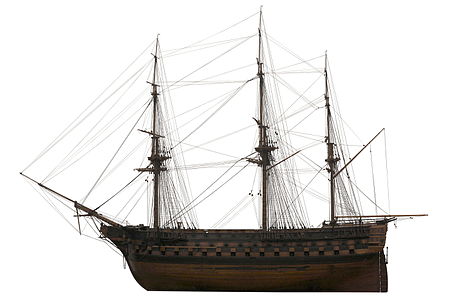