Also known as The “Black Legion”, it was created by Hungarian King Matthias Corvinus around 1458. The “Legion” is seen as one of the first paid Standing Armies created in Central Europe. Patterned from The Roman Legions of Antiquity, The “Black Army” was recruited from outside sources and are thus considered Mercenary in basic nature. Nonetheless, their loyalty was never questioned regardless.

Many Central European Nations fell to them – and thus increased Corvinus Territory. They were also instrumental at keeping The Ottoman Turk Incursions into Hungary in check. The Legion also made early use of primitive Firearms, with every 4[sup]th[/sup] Soldier armed with an Arquebus. At it’s height, The Black Army was between 15 to 20,00 Men strong (never lowering below 8,000). They maintained both Infantry and Cavalry Branches. The only other Army even close to size and equipage was France’s Army under King Louis XI.

The origins of their somewhat “menacing” name of “Black Legion” is debated. It was not documented or even used by Corvinus Enemies until 1494, after Corvinus’ death. Whereas they were paid Soldiers, with his demise, they were not. Attempts to raise taxes to pay them (from newly elected King Vladislaus II) created many riots and civil disturbances. Like most Mercenaries of The Era, without pay – The Legion began to plunder and loot with impunity. Harsh and cruel, they most likely were referred  by the populace as The “Black Army”. Another possible linage come from a Regiment Captain of The Legion named John Haugwitz. His nickname of “Black John” from his often cruel disposition to Enemy and Friend alike – may have been applied to the whole Legion.

Traditionally, The Legion wore basic medium to heavy Armor of The Era. Those not issued or trained in The Arquebus, carried Spear, Sword, Lance and Crossbow. Their Cavalry Forces were likewise similar to most Heavy and Light Mounted Knights and Men at Arms of The Period. Disbanding in the late 1490s, many would go to join other Mercenary Forces throughout Europe (as far as Italy and Spain in some cases). 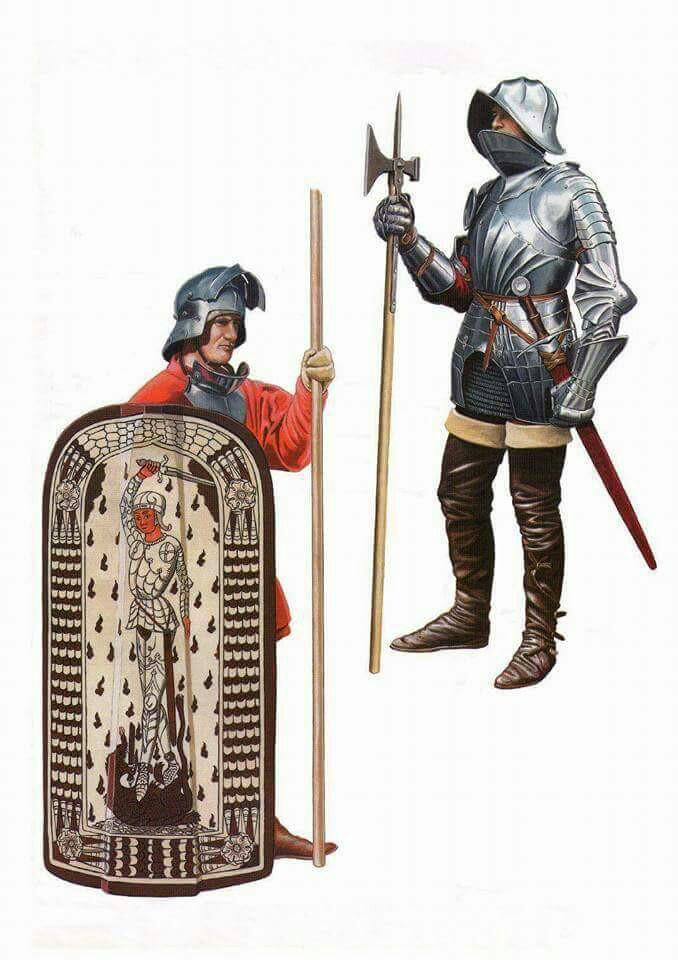