Fought in 507 A.D. - the forces of Frankish King Clovis I (and aligned with Anastasius I of Byzantium), launched a series of engagements against the Visigoth Kingdom of Alaric II (who had previously conquered Spain). Alaric wished to expand his Kingdom. With Anastasius protecting Clovis' rear territories from suprise attack, The Franks felt free to attack. Crossing the Lorie River, Clovis quickly established his battle lines. The battlefield was somewhat hilly and not the best to move infantry formations over. The exact number of troops involved and casualties are not known. What is known is that is was documented as being bloody. So much so, that Clovis engaged Aleric in single hand to hand combat - and killed him. This accomplished and the Visigoth army routed, Clovis (whose name translates to "Glory By Combat") - was able to cement his control over Southwest France. Several more battles would rid him of Visigoth influence in the region by 511 A.D. 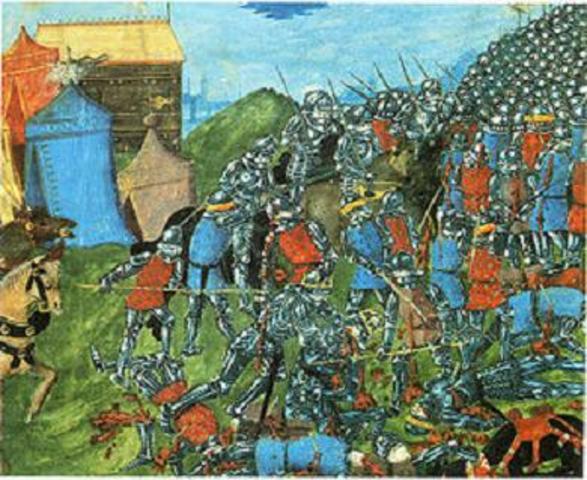