The Battle of Thapsus

The Battle of Thapsus was fought in 46 BC, and was part of Julius Caesar's Civil War – between The Optimates (Republicans) and Forces Loyal to Caesar (The Populares). Fought near Tunisia, Optimate Forces commanded by Scipio formed (5) Cohorts of Infantry, supported by several Squadrons of Cavalry. Taking positions outside The City of Thapsus, they waited for what they thought would be a Frontal Assault by The Populares and Caesar.

Roughly, The Optimates numbered 72,000 effective with His Cavalry (to include War Elephants) around 14,000. These Soldiers were marginally trained. Caesar had the advantage of His Legions (all His prior Army not disbanded from Gallic and Germanic Wars). The Populares fielded 50,000 Soldiers and 5,000 Cavalry.

Splitting His Forces so that a large Rear assault developed behind Scipio's Lines, while some Legions advanced to engage, they became confused by being attacked on two sides. To counter, The War Elephants were pressed forward to break The Populares Lines. Caesar countered with withering fire from 1,000 Archers into the advancing Beasts. Without a line of retreat, The Legions of ''Scipio Africanus'' were defeated. Over 10,000 Opimates were put to The Sword (despite Caesar's objections). Scipio would escape back to Rome – were He committed suicide. And while Caesar pacified Roman Africa, The Civil War would continue, until His ultimate victory and the establish of Imperial Rome. 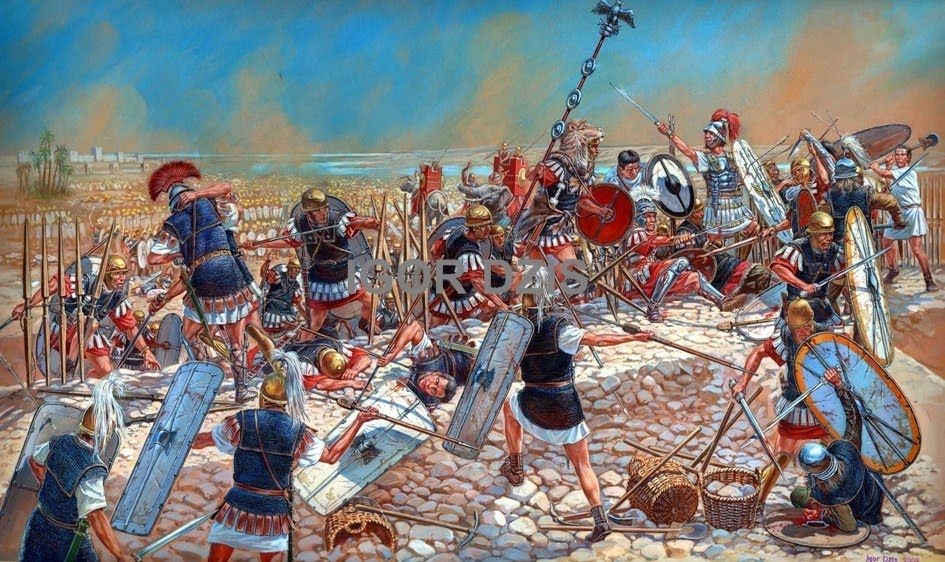