The Battle of Santa Rosa Island

The Battle of Santa Rosa Island was fought in The Confederate State of Florida during the early phases of The American Civil War. Fort Pickens was a Union Fort located on Santa Rosa Island, which was a ''barrier island'' between Northern Florida and Southern Alabama. With Florida siding with The Confederate States of America, The State seceded in January of 1861. Despite this, many of Florida's Coastal Fortifications (and Inland one's as well), were still garrisoned by Federal Forces. ''Armed and Hostile'' Forces as they were seen by The ''Rebels'' of Florida. Plans were made by The Florida State Government to remove said Enemy Forces.

Fort Pickens had been built in 1834 and was a granite stone Fortification. It received it's supplies from Shipping – but this was difficult as the Union Naval Blockade was still being erected. Supply Ships came under constant attack by Confederate Raiders. At the time of the impending battle, The Federal Garrison consisted of elements of (3) US Artillery Battalions and (1) US Infantry Detachment. Another Company of US Infantry was encamped outside The Fort. All counted, their numbers were 600.

Confederate Forces (as it was early in The War) – were more ''robust''. Over, 1,200 (9 Combined Infantry Companies of mostly Georgia Regiments, one of which was from Florida). Artillery was provided by a Battery from Louisiana and The Warship, CSS ''Neaffie''.

On October 9m 1861, at Midnight – Confederate Forces crossed the waterways and advanced upon Santa Rosa Island and Fort Pickens. They surprised the Union Infantry outside The Fort, inflicting heavy casualties and taking many prisoners. It was hoped that the remainder of the Garrison inside would come to their aide (and an open fight). Survivors made it inside. The Fort Commander was determined to not surrender. After several attempts to storm The Fort (as well as attempting to ''undermine'' The Walls) – failed. The Union Forces maintained their Artillery against the advancing Confederates. When their Commander was severely wounded, they moved off. The Rebels claimed only 90 were killed and wounded. The Federals, 67 killed, wounded and captured. Fort Pickens was one of the few Forts in Southern Territory to never surrender or be captured. 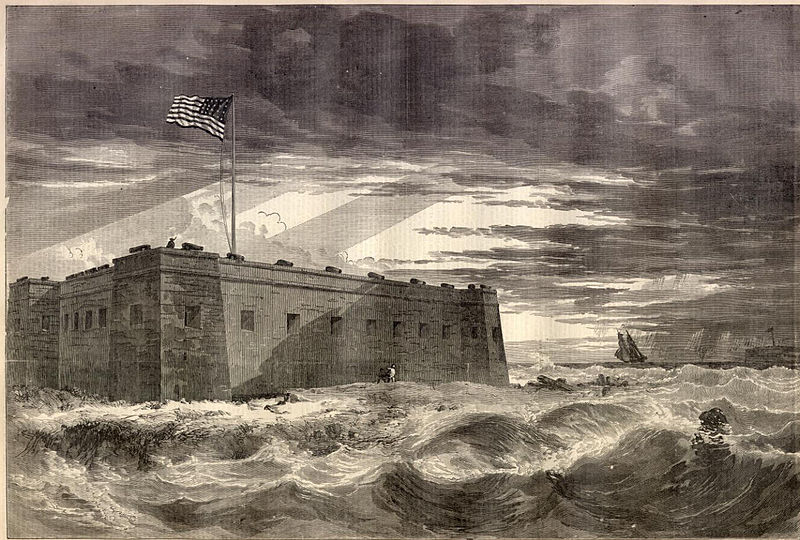