The Battle of Loudoun Hill

Part of The First War For Scottish Independence, it was fought on May 10, 1307. Scottish forces under Robert The Bruce (and numbering only 600 men) engaged the large English forces of the 2nd Earl of Pembroke (at 3,000 Men at Arms). Loudoun Hill is located in Ayrshire, Scotland - and is considered Robert The Bruce's first military victory. Bruce, having fought numerous skirmishes with the English leading up to the engagement, was suffering from his abilities to gather fresh recruits and supplies. He encountered English cavalry in his march to Loudoun Hill. Taking advantage of the rolling nearby hills (and dense fog from the bogs) - The Bruce move his troops into position and swooped on the English cavalry, defeating them. Unfortunately, it was also a heavy loss for The Bruce in terms of men as well.

Moving his army through the nearby bogs and still using the cover of fog, The Bruce was able to get his battered army into the village of Ayrshire. There is was able to get fresh recruits and supplies. Moving out again, he encountered the larger English force under Pembroke. With fog present again, The Bruce used his "bog tactic" again (leading his army into them. Oddly, Pembroke (who should have known better) - pursued them. Unknown to Pembroke, The Bruce had days earlier ordered his men to dig defensive ditches at the far end of the bog land. As The Bruce's army approached them, they had to do nothing but jump down into pre-made defensive positions. Massing all his Spearmen to the fronts of the ditches, they waited for the English to run into them.

A panic ensued. As the English made a hasty retreat, the Scottish Spearmen quickly pursued them - stabbing and cutting into their rear ranks. The retreat became a full route. Pembroke and his forces fled to Bothwell Castle. This was the start of a successful series of battles for The Scots small (but growing) Army. 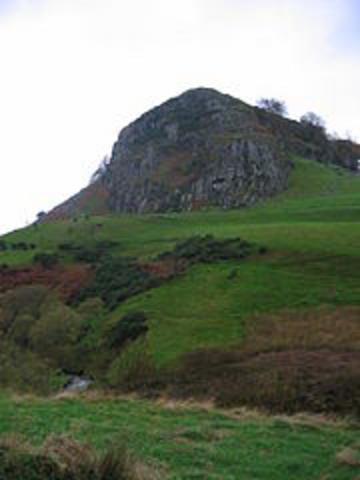