The Battle of Lake Ockeechobee

Located in The United State of Florida (Southern Region), The Battle of Lake Okeechobee (December 25, 1836) was a major engagement of The 2nd Seminole War (1835-1842). It is also identified by Historians as a part of the much larger Native American ''Indian'' Wars, which was fought (for roughly 300 years), off and on. The battle was claimed as a ''victory'' by both The US Army and Seminole Nation.

BACKGROUND:
After Treaty failures which ''ended'' The 1st Seminole Wars collapsed (which included the relocation of The Seminole Nation to Federal lands in Oklahoma), The Seminoles again resisted attempts to remove them. With the bulk of The Nation located in The Everglades Swamps of Southern Florida, a Federal Force of 800 US Army soldiers and 135 Volunteers (Irregular Militia) – was dispatched from Northern Florida, to enforce relocation. The two sides would clash near one of the largest fresh water sources in The World, Lake Okeechobee (so large, it can be seen from Earth Orbit). The Seminoles, well versed in moving through the marshy swamps of Southern Florida, were further well trained in how to best use the Swamp to assist them in defeating their Enemies (as seen with previously discussed ''Dade Massacre'' which lead to The 1st Seminole War). All told, The Seminole Tribes could field close to 500 Braves, armed with musket, pistol, bow and arrow. The Seminoles were also at home ''in the saddle'' and detached several smaller ''Cavalry'' detachments as Scouts and ''harassment'' (Flankers).

THE MARCH:
While The US Army Command , under General (and later US President) Zachary Taylor, were prepared and equipped for Winter (as it was December), they miscalculated the extreme heat and humidity which can occur in Florida. Ill stored supplies helped to spread disease (as did the insects), weakened, the 800-odd Force also brought with them from The North several small Batteries of 3-Pounder Field Guns. They brought no Dragoon (Mounted) Forces. The Command split up into (3) separate Columns, each heading South. The primary Mission was to drive The Seminoles into a ''dead end'' on the banks of the massive Lake Okeechobee. There, the other two supportive Columns would flank The Natives and force their surrender (or obliteration). The Seminoles had been scouting The US Army movements for weeks of their initial arrival into South Florida. They had planned, under Chief Osceola – to ''bait'' the Federal Forces into the deep Hammock (under brush), with it's often muddy and constantly wet terrain. There, stuck in the quagmire, The Seminoles would simply (and at their leisure) – cut up their Enemies. The destruction of such a large Force would surely (and finally) – end The US Government's attempt to remove them from their lands. The US Army needed to augment their Forces, which led to 135 Missouri Volunteers joining them just before the battle. Somewhat undisciplined (only occasional Militia training), these ''soldiers'' were placed out front of the Main Body of US Army Troops, as a ''screen''. This would prove a fatal mistake.

THE FIGHT:
Urged by his subordinates to encircle The Seminoles, now known to be hiding in the Hammocks, General Taylor decided to allow The Missouri Volunteers to advance towards a moderately dry portion of the field. Forming loose Square, they were immediately attacked by not the suspected Seminole Scouting Party, but a ''Main Force''. The Seminoles, well armed and skilled fired well placed shots into The Militia. Disorganized, they fled back towards The regular Army Units. Unfortunately, but this time, Taylor's Forces had started their advance. This caused great confusion among the advancing Troops. As they tried to rally and steady The Militia, the onslaught of The Seminoles (now in full Charge), came. The US Army formed a Line of Battle as best they could, but were soon engaged in ''fierce hand to hand combat''. Why The Seminole chose to retreat (in good order), is unclear. Perhaps they feared the deployment of Taylor's Cannon (which he did not, having them mired down in the mud and ineffective). Holding the field in the end, Taylor accounted for the loss of an entire Company of the (4) Regulars engaged, and nearly every Officer and Non-Commissioned Officer deployed. All told, 136 were officially reported as casualties. General Taylor also claimed her captured 100 Seminole Ponies and many ''score of Cattle''. The Seminoles claimed for years that they had in fact won the engagement, reporting only 25 Warriors killed in action. Although they left the field, they looked to the number of kills they inflicted on the Enemy as proof of their victory.

CONCLUSION:
While Taylor tried to establish small Frontier Forts in the Region, none would survive – with many being taken and destroyed by The Seminoles. The battle would one of the last large engagements in the Region. Today, The Seminoles still claim the Region (including the battlefield as their own. 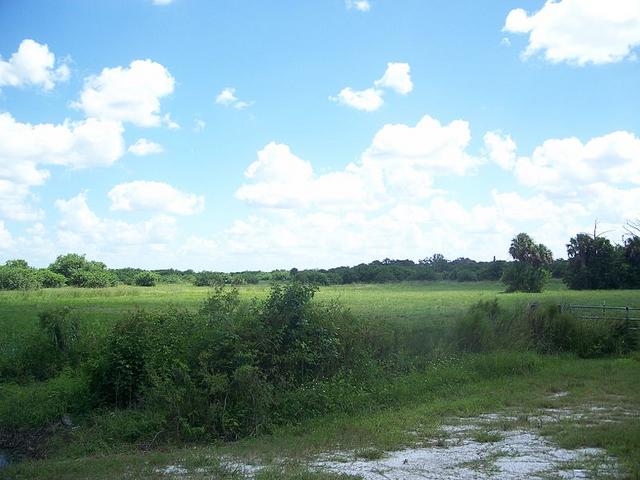