The Battle of Jacob's Ford

Fought between the Second and Third Crusades, the final engagement of this "siege" occurred on August 23, 1179. The forces of The Kingdom of Jerusalem under Baldwin IV (numbering 1,500), were defeated by Ayyubid Leader Saladin. A strong but young ruler, Baldwin suffered from leprosy (contracted when he was young). This was not his biggest problem however. Saladin had invaded his Kingdom in 1177. Although not as militarily adept as Saladin, Baldwin held his own and eventually defeated him at The Battle of Mont Gisard (November, 1177). Saladin had not suffered so complete a loss as this previously. Retreating back into Egypt, he began to recover his losses. Baldwin's victory had been costly. He suffered a tremendous loss of troops in the process. Baldwin next set about to establishing fortifications at key positions

throughout his Kingdom. A moderately safe cross point on the Jordan River - known as Jacob's Ford, was an ideal location for one. It would be a source of protection to the northern approached of Jerusalem (and a possible invasion staging point towards Saladin in Damascas). This would be a "sticking point" in Saladin's throat! Saladin offered Baldwin 100,000 dinar to stop building the fort. Baldwin refuse the monies. Named Chastellet by Baldwin, it's building continued. By summer of 1179, the outer perimeter defensive walls and a siege tower were completed. Saladin began to assemble his army to stop further construction. Garrisoned with 1,500 men - (a fair amount Knights), Saladin wasted no time in his attack. His archers fired volley after volley of arrows into Chastellet. This kept the Crusaders from returning effective return fire. Next Saladin instructed his miners to begin digging tunnels under the perimeter walls. This accomplished, he ordered wooden logs be placed in the tunnels and set on fire. This tactic, known as "sapping"- was designed to burn and weaken the walls under supportive structure. Eventually, the wall support would weaken and fall down.

The Crusaders attempted to extinguish the fires (bucket by bucket) and under withering fire from Saladin's archers. The damage was too extensive. Baldwin having heard of the attack, sent reinforcements. Due to the distance between locations, it would take about a week before help would arrive. After 6 days of burning, the outer perimeter walls began to fall. Saladin's troops exploited the breaches. Weakened and almost out of supplies, the Crusader defenders could hold on no longer. They surrendered (probably thinking that they would be ransomed or at worst - have to convert). When Baldwin's forces arrived, they found only smoking ruins. All 700 of the surviving Knights were put to the sword. 800 non-combatants were taken as hostage. Chastellet would not be be rebuilt by Baldwin. Saladin would return later and pull down the remains. Saladin's savagery would soon be reckoned. The 700 surviving Knights were executed (beheaded, etc). The bodies were thrown into an uncovered pit. As a result, plague would start and many of Saladin's top commander's would die.

In 1180, a truce was signed between Baldwin and Saladin. Jacob's Ford would serve as an invasion point after all, for other Muslim invasions against Jerusalem in the future. 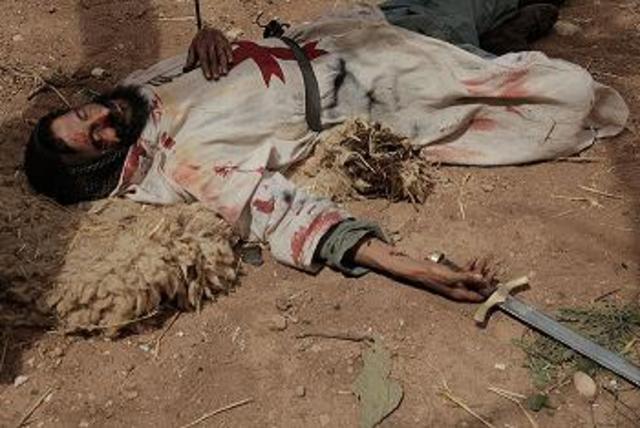