The Battle of Harran

Fought on May 7, 1104 - the Battle of Harran occurred during The Second Crusades. The Crusader States of Antioch and Edessa engaged the Seljuk Turks. The Crusader commanders - Baldwin II, Bohemond, Tancred and Joscelin, raise an army in response to consistent Turkish treats to the Principalities. Baldwin had taken the City of Harran from the Seljuks. They wanted it back. The Turks launched an attack against Edessa (another City taken from them by Baldwins expansions). Soon thereafter, they launched an attack against Harran. As was the Turks tactic, the cavalry would ride quickly towards the Crusader lines. Hitting them hard, they would just as quickly turn and run out of range - repeating the process over and over. This would wear down their enemy.

The Crusaders (as was predicted) rode out to engage the Turks. The Turks did not turn this time, continuing on. The Crusaders did not stop either. They too were determined to destroy the Turks in an all out battle. Out into the hot dry desert the Crusaders rode. Well into the trap, the Turks turned. Before the hot and tired Crusaders could establish formations, the Turks were upon them. With no reinforcements, they fell to the Turks. Baldwin and Joscelin were captured. Bohemond and his troops were able to escape and fell back in defeat to Harran. Although ransomed, the Turks did not release Joscelin or Baldwin until 1108. The battle was a disaster to the Principalities. It was the first decisive loss to European forces during The Second Crusades. The Byzantines took advantage of the situation and captured many of the towns and villages around Antioch. Many territories taken by the Crusaders began to fall back or be reclaimed by their former Muslim Masters. The Crusader control of the region was effectively weakened by this small battle - and would not recover. 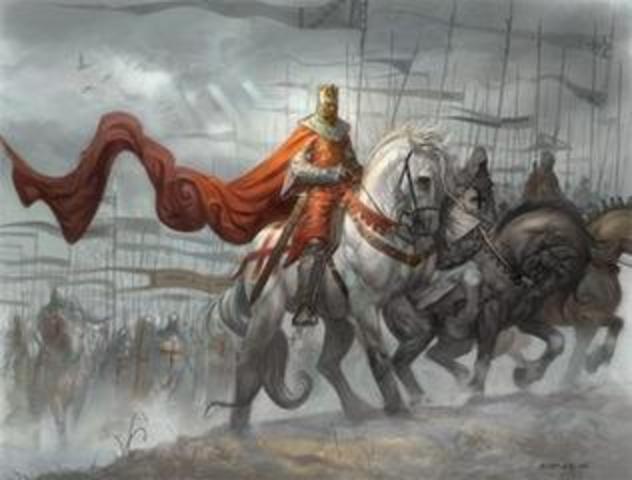