The Battle of Cravant

After nearly 90 years of “on again, off again” War, The Treaty of Troyes (1420) had granted all Territory in North Lorie to The English King, Henry V (among others). After his sudden death, his only Heir was his infant Son, Henry VI. Seeing this as an opportunity to reclaim lost Territory, Charles – Dauphin of France (and later King Charles VII), broke The Treaty and began to assemble an Army of 8,000 Soldiers. Although a “French Army”, 3000 of them were Scottish (using their Allies The French to reclaim their own goal of independence from England once again). England seeing a new start to “The Hundred Year War” was cash strapped and War weary. It raised an Army of 2,500 Men (under Catherine of Valois, Regent to Henry VI). Calling on assistance from English controlled Burgundy, another 1,500 Men joined. Cravant, France was chosen as the first route of invasion after The English and Burgundian Force was assembled. French Spies alerted The Dauphin's Army. The 8,000 Man Force arrayed along a long stretch of The River Yonne. A single bridgehead was the only access. The French waited. It was July 31, 1423.

THE BATTLE:
The English advanced to the edge of The Yonne. They knew that the highest concentration of French Troops were at The Bridge and once “bottle necked”, they would be slaughtered piecemeal. The French realized this and did not what to waste their resources in an outward attack that would result in them being bottle necked either. Both sides waited.
Bringing up their Artillery, The English and French bombarded each other for several hours. The action was joined by Archers and Crossbowmen on both sides. Over 3,000 Scottish Archers poured their arrows into The English Lines. The firing went on for several hours. However effective The Scots were, they were no match for the tried and true English Longbows. Concentrating their fire on The French, their effect began to open up gaps in The French Infantry. Seeing this, the order was given for The English Infantry to advance through The Yonne. Both heavy and light Infantry moved through the waist deep water under fire from the Scottish Bows.
The French Forces had enough. They began to retreat through Cravant as The English made it to the opposite River Bank.
The Scots however, refused to surrender. The Archers tried to hold their ground, but could not withstand The Infantry advance of Sword and Spear. English archers and Artillery were still pouring in their fire (only now firing at The Scots Rear). The Main Force began to cross The Yonne Bridge. They took The French positions and Cravant (not pursuing The Main French Army).

AFTERMATH:
It was estimated that 3,000 Scottish Archers were slaughtered at Cravant. Another 3,000 French dead also littered the River Banks. The English suffered only 1,500 killed. An early victory, The French would finally yield their claim at The Battle of Verneuil in 1424. 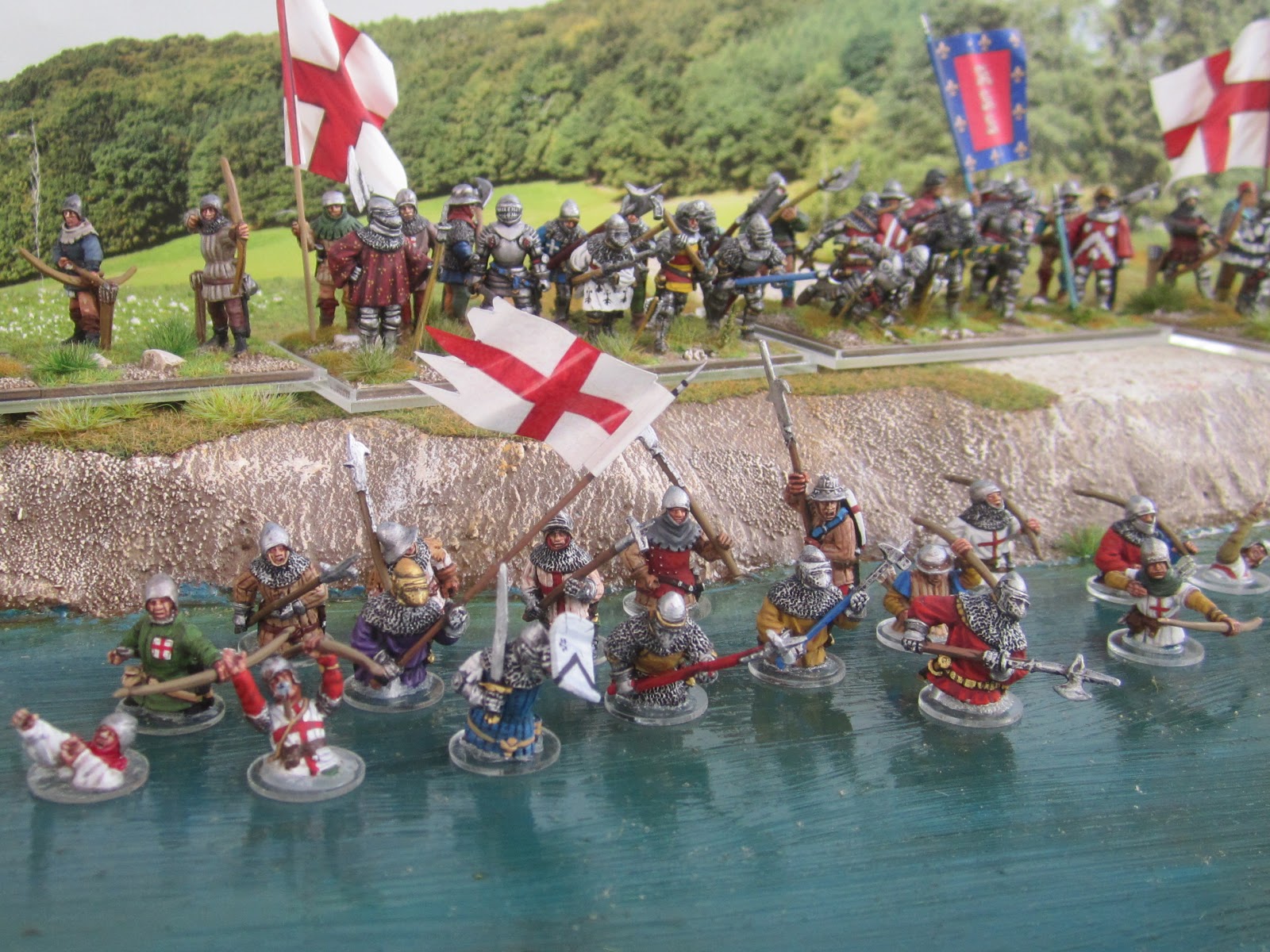