The Battle of Chesterfield

One of the last engagements of England's 2nd Baron War (1264 to 1267), The Battle of Chesterfield was fought in and around Derbyshire. The Baron Forces under The Earl of Derby (possible only numbering several hundred), were all that was left after the disaster of The Battle of Evesham. There, Royalist Forces from King Henry III (and under Command of His Nephew, Henry of Almain) – numbering several thousand, had routed The Baron Army (who had been opposed to The King's mistreatment of His Nobility). In a running retreat, The Baron Forces fell back to Chesterfield on May 15th 1266.

Attempting to stop the brunt of The Royalist Heavy Cavalry, The lighter armed Baron Army broke and ran. Their Commander The Earl of Derby was said to have hidden Himself in a nearby Church and -according to legend – was betrayed by a woman. His paltry Forces would survive, with most taking advantage of The Dictim of Kenilworth (passed by King Henry), which offered a forgiveness if The Barons yielded their Rebellion and took an Oath of Loyalty (under pain of both death and loss of fortune and Title). The Earl was not so trusting. Refusing to apply to The Oath, He was imprisoned in The Tower of London for a year before being striped of His Earldom (as was His Family too so dishonored). 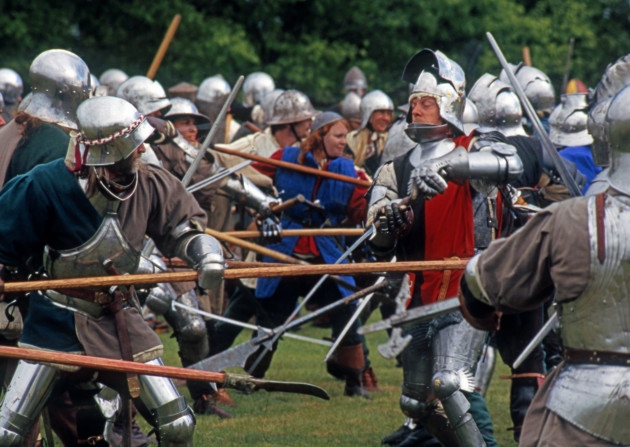