The Battle of Camlann

Part of the "Arthurian Legends", this "battle" was fought around 537 A.D. - possibly in Somerset, South Cadbury, England. It was there that King Arthur and his army met and fought his son (or nephew), Mordred - and his armies. The legend states that Arthur died (or was mortally wounded in the engagement). To dive into the story further, Arthur (betrayed by his wife Guenevere with his best knight Lancelot), gave chase (to Lancelot). He escaped and made his way back to France. Arthur left control of his Kingdom to Mordred. When Arthur returned, Mordred refused to give up his throne. The two armies met at Camlann. In legendary Middle Ages fashion - Arthur killed Mordred on the field of battle (only after receiving his mortal wound). It was said that Arthur was taken to the Isle of Avalon, where he gave back his sword Excalibur to the Lake's guardian - The Lady of The Lake. It is there Excalibur (and Arthurs' spirit awaits) - for the "true" King of England. It may be strictly legend, but it sounds good! 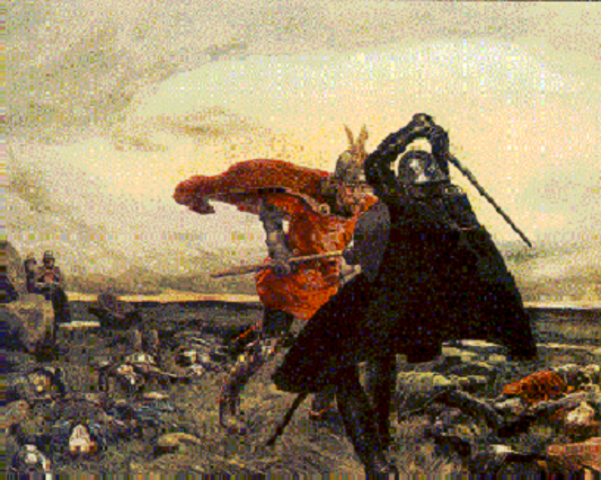